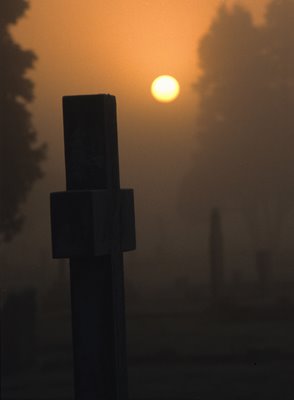 It comes as a hammer blow when one of the formative influences in your life, be it educational or emotional, dies. The knife really starts to twist, when you find out that person was born within days of yourself.

Last week, Syd Barrett, one of the original members of Pink Floyd, went to join the Great Gig in the Sky, unrecognised and, to a large extent, unremembered by the music public of today. In all probability, most people could not recall even one piece he penned, so why did the Times obituary for him run to a full page, in addition to a full banner, front page splash?

The real and rather cruel answer is that he is hugely important in the late 20th Century pop/rock music field, more for what he started rather than for what he did. His star shone extremely briefly, but when it did shine, it truly blazed.

The band started in the mid 60s, playing for university types at underground gigs. These were frequented by intellectuals, and pseudo intellectuals, for whom the three minute, three chord pop song offered no stretch in the elastic of their minds. The Floyd found a strong resonance in this universe, with their innovative light shows, and their long mystical, “psychedelic” pieces. They coincided with, and may even have been one of the reasons which caused, the explosion of the drugs scene, particularly in London.

Strangely enough, the current members of the band are somewhat reticent about this period in their lives. Syd however, who was the group’s songwriter, and at the time its undoubted leader, embraced what was on offer with both arms. The driving force of LSD and other hallucinogenic drugs found a fertile breeding ground in Syd’s mind, and his music shows it. He became one of those unfortunates who quickly found that the drugs controlled him, and not the other way round. His ability to write, play and even live a musician’s lifestyle dramatically withered, and he quickly became unable to contribute to the band. The other members, faced with the conflict of support for their songwriter, and needing to protect their own ambitions, drafted in a little known guitar player called David Gilmour, to allow live performances to continue, with the plan that Syd carried on writing the group’s material. Syd's downward spiral continued ever steeper, and if ever you want an example of “Turn on, tune in and drop out” just look at Syd Barrett.

He simply disappeared – he stopped turning up to anything the band was doing - performances, rehearsals, anything. The three remaining original members of the band were torn between looking backwards and trying to help Syd, in a situation where one suspects “There but for the Grace of God ….. ” played no small part, and looking forward where becoming the biggest rock band in Christendom remained the logical target for their individual egos.

Under the very different guidance of Roger Waters and David Gilmour, they peeled off onto a different direction, and a couple of years later changed the face of modern popular music by setting Roger Water’s personal vision of the answer to “Life, the Universe and Everything” to music. The result – “Dark Side of the Moon” – in this author’s humble, limited but very important opinion, simply the greatest pop album ever. You only have to look at the album’s themes, centering on age, individuality vs “the machine” and the threat of madness in all of us to understand the utterly pervasive effect of Syd’s illness on “Dark Side’s” creator.

From a narrowish, nichey intellectual band playing what David Gilmour, looking backwards, describes as “psychedelic noodling” music to Stadium filling rock band in one giant leap. But they still could not forget Syd, and as a major set piece in the follow up album to “Dark Side of the Moon” they wrote what is probably the best single piece they ever composed – a remarkable tribute to Syd called “Shine on you Crazy Diamond”. When the group performs, they always play this as the first song on the bill, and the hugely distinctive and evocative bass drone introduction, which lasts nearly 3 minutes in itself, always gets the hairs on the back of your neck twitching, rhythmically, in anticipation.

For those “X File” watchers with a soft spot for conspiracy theories, the band tell of when they were in the Abbey Road studios some seven years after Syd’s abrupt departure. They were recording this particular song, and a guy walked into the studio, shaven headed, gaunt of face and quite overweight. Nobody recognised the man at first, but it was Syd, who they hadn’t seen for years. His sense of timing, at least here, was spookily on the beat.

The paradox here is that Pink Floyd’s most popular and well known single creation is an elegy and tribute to someone who had been there and done that, and now wanted to become totally anonymous and disappear from their way of life. While this 13 minute epic was thrilling audiences everywhere, its subject was cycling around Cambridge in his own world completely unaware of all this – literally in another world. This world continued for 30 years, with Syd apparently living with his mother, and continuing to potter around the town, completely oblivious to the goings on of the band he founded and led in its formative years. In a cruel way, the power and popularity of this one masterpiece guarantees for ever that Syd’s desire for anonymity will never be possible.

Well now he’s gone, one less of us and one more of them – and the end to an unsettling and strangely disturbing episode in Rock Music’s history.

Nice photo. One of yours?

Chris, Yes, one from the REC Archives, taken in, of all places Dunstable!