On Monday night I took myself off, together with about 20,000 other people, to the National Exhibition Centre to see Roxy Music. It was a slightly strange experience, almost two concerts in one. 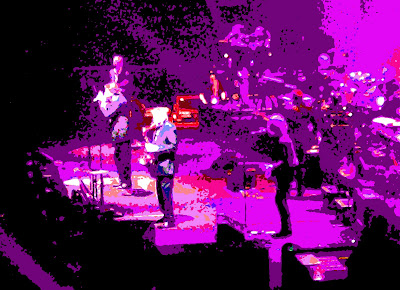