THAT WEDDING, AND AN INFLATABLE PIG 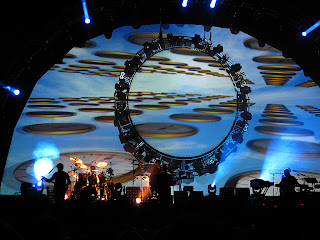 DARK SIDE OF THE MOON 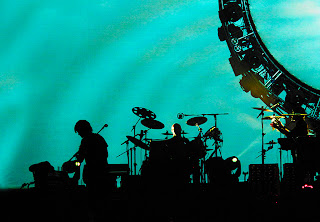 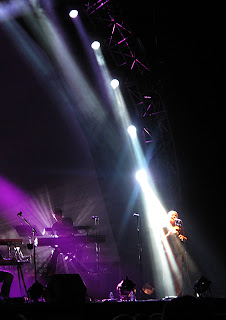 THE GREAT GIG IN THE SKY 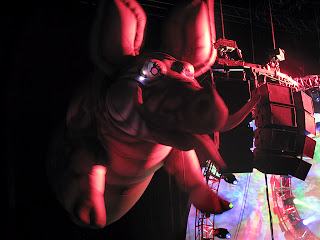 THE INFLATABLE PIG
VIDEO OF THE CLOSING MOMENTS OF THE SHOW
Well it would wouldn’t it. It was a Pink Floyd show.
They worked their way through all the Floyd’s best music, including an excellent 25 minute long version of “Echoes”, something I’d never heard played live before. They did a set of two and a half hours and with a light show that was pretty mind blowing, they gave the audience a really good evening.
There’s undoubtedly something unique about being in the same venue as the originals band members, but the time has come when that’s no longer possible, and this must now be the best alternative. Anyway, I really enjoyed it, and as a “Rave from the Grave”, it was excellent.
I’m off to see Roger Waters performing “The Wall” in a couple of weeks in London, so we’ll see what a difference is made when the guy who wrote it all 30 years ago plays it. Am I looking forward to it?
What do you think?
Posted by rogerc at 9:00 pm

I'm puzzled with lots of exercises. I was afraid I could not do the right time despite my hard work. I need a support person.
http://run3play.com