Rummaging through a few things this Christmas, I came across a picture I thought I’d lost. A few years ago I had a visitor at work who was a Motor Racing fanatic, and we rabbited on for a while about a mutual hero – Jim Hall of Chaparral fame. He gave me a picture of Jim Hall taken in the early Sixties, and here it is. Most of the images you see of the great man were taken from his 1964-70 Can-Am era, but this one, which is signed by Mr Hall, is of his earlier racing life when he put his toe into Formula 1 in 1963 and raced a BRP Lotus 24 machine around Europe for a season or so. 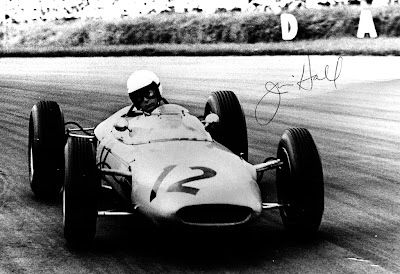 JIM HALL IN THE BRP LOTUS 24 - 1963
I’ve written eulogistically about him before (see Beep-Beep The Man’s a Genius posted on 10th April 2007). In my humble view, Jim Hall was responsible for some of the greatest racing car designs ever created. He was a pivotal and a major player in a marvellous period, when the Motor Racing scene saw the creation of a formula where almost anything went. The rules were simple - you had to have four wheels, you had to have the body covering the wheels, you had to have some rudimentary (for the era) safety equipment on the car, and well, that was about it. Anything, literally anything went and you could almost do whatever you liked, and as a result of that never to be repeated design freedom, we saw some of the most awesome (absolutely the right word here), frightening, innovative and utterly fantastic racing cars the world has ever seen.

Even today, when you go to the mid summer Goodwood meeting, and these monsters blast past you, all the youngsters’ jaws drop. Last June, Hall brought the 2J “Sucker Car” over from America, and for most people this was the first time they had laid eyes on it. It was driven by Vic Elford (a very intelligent, very under-rated driver – not nicknamed Quick Vic for nothing!), who was one of only two men who raced the thing for real – the other was a young up and coming guy named Jackie Stewart. It was an immense pleasure to see it roaring its way up the hill. One young guy standing near me who clearly hadn’t seen it before, stared at it almost unbelievingly as it went past, and simply said “What the f*** was that?” 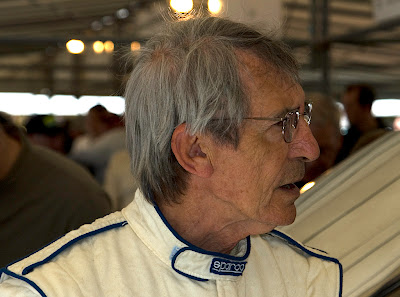 "QUICK VIC" ELFORD AT GOODWOOD - JUNE 2007
There’s never been a car which looks remotely like it, some wag once quipping that it looked as if it was still in the box it came in. But, by the Lord Harry, could it go. Hall (and General Motors, his secret backers) got the idea to enclose most of the bodywork onto the ground with moveable plastic screens and to use an auxiliary Snowmobile engine to suck the car onto the ground, like a massive Vacuum cleaner. So simple, so brilliant, so ahead of its time, and so good the only way the other teams could compete with it was to get it banned. They only built one in 1970, and with it now sitting in the Chaparral Museum in Texas, most people over here never imagined they would ever see the beast in the flesh. Many, many personal thanks therefore to those people who got it over here.

The Chaparral people apparently thought for quite a while that it wouldn’t run again properly because they had some major problems with the Snowmobile engine. But, talking to Vic Elford at Goodwood last June, he told me that the team had bizarrely found a replacement engine on E-Bay (still in its original packaging!) a few weeks before, and lo-and-behold, it now runs as originally planned. It’s quite amazing to watch it start up and suck itself a couple of inches down onto the ground – very spooky. A bit like the All Blacks’ Haka at the beginning of a Rugby match, the psychological effect of seeing this car squashing itself onto the ground to get ready for business, must have been quite demoralising to anyone else on the grid. You just knew “they” had got something you hadn’t, and if it held together, you and the rest of the grid were then racing for second place.

A truly remarkable piece of motor racing machinery, built by a remarkable man. 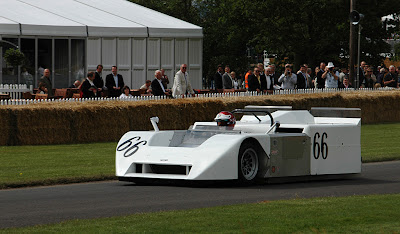 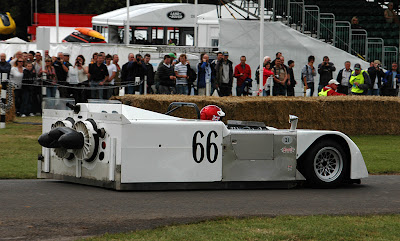 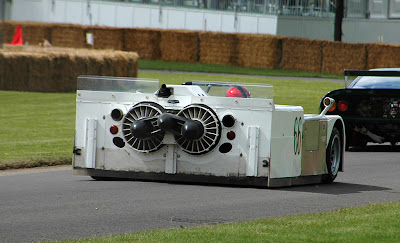 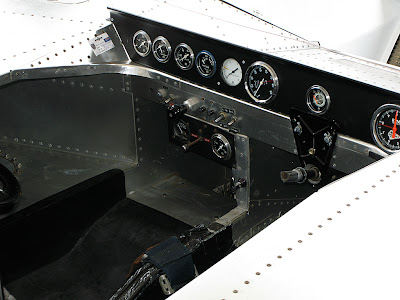 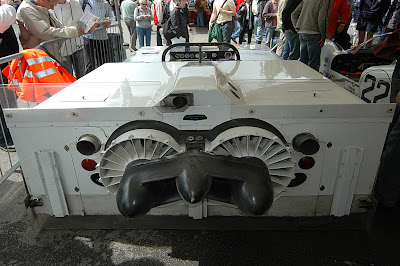 Ran across your Jim Hall/Chaparral photos during a Google search...

I am the managing director of Chaparral Racing in Midland, Tx. charged with keeping the Chaparral history alive. All the cars are in running order and we run one of them each month. Jim Hall drives when he is in town. Send me an email at pancho --at-- biggolddog.com and I'll send you some recent photos, including one of a Lotus Jim still owns.

Anonymous said...
This comment has been removed by a blog administrator.
10:46 pm

It is a great article. You will surely like this also because it is a great stufff
www.baixar-whatsapp.com.br