THE GENIUS OF THE CARTOON

I’ve often thought that Cartoonists should run the world.
They seem so sensible, so clear about the problems we face, and about the stupidity which we all seem to get into as an inherent part of our daily lives. They can see so simply the continual juxtaposition of illogicalities which seem to by-pass all of our politicians and leaders completely. And, if they were in control, anyone with a sense of humour must be a decent bet to take it all in their stride.
A lot of people, when talking about Americans trot out the same old thought that they have no sense of humour. Now, I’ve me a fair few about whom that accusation is spot on. But, America is a big place, and within its 300 odd million people are some seriously funny and witty people. Just look at their TV series. The Simpsons, MASH, Sex and the City, Seinfeld, Curb Your Enthusiasm, Cheers. Need I go on? This sharp humour also makes its way into their individual cartoon output. On the comic strip front, think Peanuts and Dilbert, two classics.

The New Yorker magazine has been home to some of the better American cartoonists for a good few years, and when, at work, we became involved with a Venture Capitalist Group named 3i, one of the benefits of this arrangement was their annual calendar which they sent out to all their companies. It contained a range of cartoons from the New Yorker, and looking through these when next year’s calendar arrived, converted me totally into the belief that a fair number of them had a very witty, sharp and truly funny sense of humour. 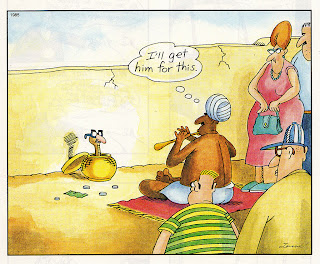 I have a theory that judging cartoons would be a novel alternative to the Psychometric testing which we all used to love so much at work, particularly when we were in the throes of interviewing someone for a job. Choose 100 varied cartoons and get the interviewee to select his Top 10, and I’ll bet that a psychologist could pinpoint the man’s personality almost to an inch. I bet it would turn out to be really accurate over the long term. And anyway, in a business where you get into any number of difficult situations, what better than to have someone near you, when the Muck and Bullets are flying around, who sees the same funny side of it all as you do. 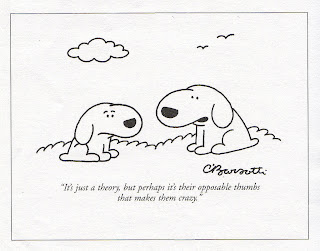 So, I’ve rummaged around in various drawers and books I own, and picked out 10 of my all time favourites. The one of Einstein's Cat at the foot of this piece spent ten years on my wall at work, and every morning it made me chuckle at just how clever and funny it was. To my way of thinking, Gary Larsen, Matt, Barsotti and all the others here are simply geniuses at their trade. All of these made me howl with laughter when I first saw them. As I say, I would guess that any shrink worth his salt could have me sussed in a few minutes by just looking at this collection. Thank goodness I don’t work anymore, so their opinion is no longer of any consequence.
For forty years now, the last page of the Sunday Times Colour Supplement has been a write up by someone, famous or unknown, under the title A Life in the Day of ... , where, in their own words they simply describe an average day in their lives. I have read this for decades, and each time I wonder what sort of impression the person writing it thinks he or she is giving the reader. Some are unbelievably pompous, some are utter control freaks, while others are so self absorbed, it's almost untrue. Very few of the famous people come across as someone you'd really like to go out for a beer with, let alone want to meet. But one of the handful who I've thought sounded utterly together, and a smashing sounding person was Gary Larsen. If you like the "Bummer of a Birthmark" cartoon or the "I'll get him for this ..." one of the Snakecharmer, get hold of his book The Pre-History of the Far Side. It's quite amazing, and you can only wonder how one man could possibly have thought up such a torrent of humour. 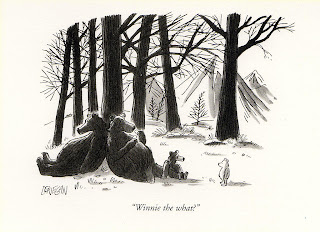 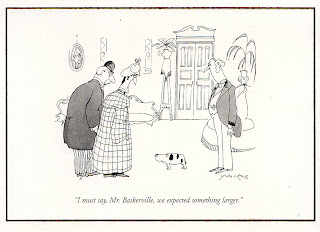 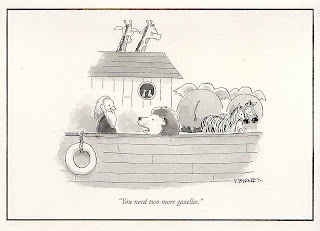 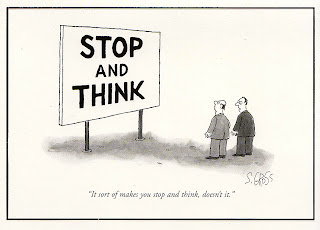 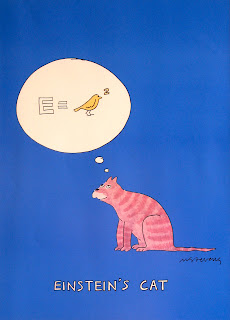 Click on any of the images to enlarge them in a separate window
Posted by rogerc at 12:25 am

There are times when I find it difficult to make decisions, but still have to do. I know people always have emotions so that there is no justice. But I still hope.
www.facebookbaixargratis.com.br