ALL THE PRIME MINISTER'S MEN 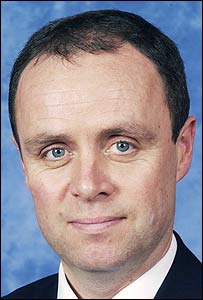 There is an increasing sense of schadenfreude in watching the twists and turns of Our Glorious Leaders trying to pretend that the “Cash for Honours” issue simply doesn’t exist. The antics of Scotland Yard’s Assistant Commissioner John Yates (above) seem destined to ensure that he will finish his illustrious career with no “gong” after his name, given the way he seems to be moving inexorably across the political chessboard towards King Tony.

I don’t know if it’s just me, but his favourite film must be “All the President’s Men”, and, given his compact size, he must be fantasising playing the Dustin Hoffman character in that terrific film. Here we have a newspaper, this time the "Sunday Times", and not the "Washington Post", seeming to be hell-bent on pushing the issue of where the decision to change Party “donations” to Party “loans” was actually centred. The Sunday Times seems to have made its mind up that this is an issue where they can “get” Blair, and they seem to be doing all they can to aid and abet the Police in bringing the culprits, however high and mighty, to justice.

The net seems to be moving remorselessly closer to Number 10, as, one by one, the disaffected Donors/Lenders* (*Delete as applicable) seem to be saying that pressure was brought from on (very) high to make what they originally offered as gifts, appear in the Labour Party Finance books as loans. Blair is another one here who needs to reread LBJ’s dictum about "The Tent". You’re either inside, or you’re outside. These are influential men, and they do not like to be made to look foolish.

I suspect that everyone thought this investigation would stall from the massive weight of political pressure being brought by Number 10 against it, but it would seem that Assistant Commissioner Yates is continuing to pick the Cabinet off one by one. He has already conducted around 90 interviews and he is reputed to have now formally written to all of the Cabinet, asking them all a range of questions. All that is, apart from one person who, apparently, has not yet received a letter - Mr Blair. This omission, according to those versed in the way of the Fuzz, means that He (did I really put a capital letter there?) is most likely their Prime Suspect. 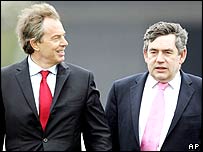 One interesting person in all this is Gordon Brown. Everyone thinks that Tony Blair’s political career is drawing to a close, but Brown is still looking to make one more play in the current UK political poker game. And yet, one of the New Labour donors/lenders, Nigel Morris, came into the loans/gift arena apparently via high level sources at the Treasury. Given Gordon Brown’s propensity to not just micro-management but pico-management, you could be forgiven for thinking that either he must have known, which leads off in interesting directions, or alternatively he didn’t know, in which case he doesn't know what's going on about major, strategic issues in his Ministry. The hairs on the back of my neck are telling me this particular bit of the story has not yet finished. Watch this space.

But, the really sad thing for politics in this country is that, in spite of all these Ifs, I suspect most people believe that, whatever happens, Tony Blair did play a major part in this issue, and therefore deserves to have his collar felt – and felt quite hard. If you want a preview of one possible outcome, head to Blockbusters and rent a copy of "All the President's Men". If you don't agree with the possible outcome, it's still a bloody good film.

It’s all about Trust, and once it’s gone, it’s gone.