What could be nicer than a gentle, lazy Easter spent on the coast in Norfolk. Ice cream on the harbour-side in Blakeney, a stroll along a deserted beach in the spring sunshine, and generally noodling around doing not a lot.

Yes well, best laid plans of mice ….. and all that.

Freezing temperatures, ferocious winds, halestorms, blizzards and white-outs were the order of the day. Whoever dreamed up the idea of Global Warming should have been with us on Easter Sunday and Monday.

Anyway, being English, the walk on the beach went ahead, leaning at about 45 degrees into a raging snowstorm and the next day, following 6-7 inches of snow at Felbrigg, we took the dogs to play, and had a very Christmassy Easter snowball fight in the bright sunshine. 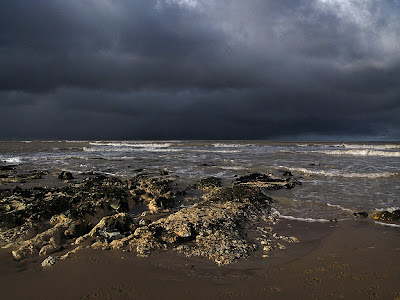 THE CALM BEFORE THE STORM ON WEST RUNTON BEACH 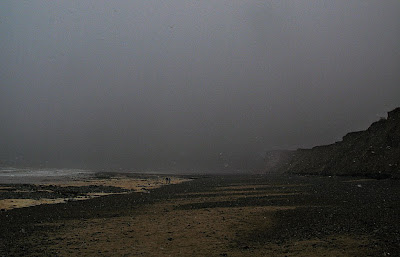 SNOWSTORM ON WEST RUNTON BEACH
Felbrigg is a lovely National Trust owned house and park, with a large forest, all totalling around 1,700 acres.
With a very impressive Jacobean fronted house, it has had quite a turbulent history, finally ending up in the hands of a gentleman named Robert Ketton-Cremer. The original heir, Robert Ketton-Cremer's brother Richard, was killed in action in the Second World War, and a memorial to him was constructed in the woods behind the house by Robert. The house was passed onto the National Trust just after the end of the war.
A large Victory V has been created in the forest area by removing two vast swathes of trees, forming a lovely shaded walk. A solitary bench located at the apex of the V rather poignantly commemorates the loss of his brother, as well as celebrating the Victory in 1945. 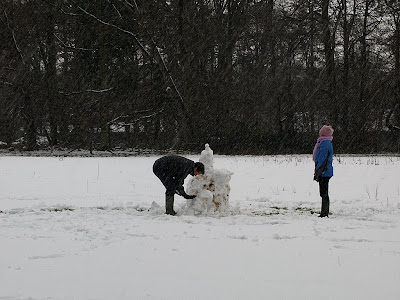 BUILDING AN EASTER SNOWMAN IN FELBRIGG 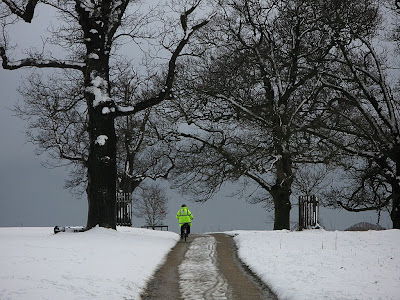 CYCLING THROUGH THE GROUNDS AT FELBRIGG 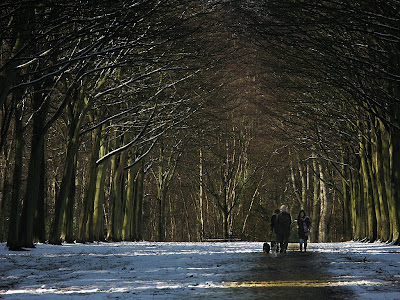 LOOKING TOWARDS THE APEX OF THE VICTORY V 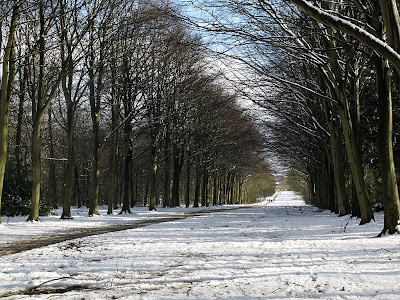 LOOKING DOWN ONE OF THE TWO AVENUES OF TREES 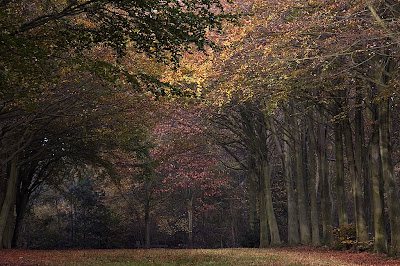 IT LOOKS A BIT DIFFERENT IN AUTUMN