PRIDE COMETH BEFORE A FALL - IN D MAJOR

I have reached that “certain age”. The age where you finally realise that there are more years behind you than there are in front of you. That is, unless I live to be 125.

So, you or at least I) have to face the fact that some things in life are probably never going to happen. The likelihood of my selection (at least, without a wild-card) for the European Ryder Cup team is now probably zero. I suspect I will now never run a Marathon, basically because I can’t be bothered to try. And the hopes of finding myself in a situation where Juliette Binoche, or Helen Mirren offer themselves unreservedly to me, even one at a time, are fading fast. Note here I didn’t say they were zero. You have to retain some self belief.

So where is this maudlin little piece going? I spoke to someone my age the other day (actually a little younger), who said that he’d bought his last pair of slippers. “They’ll see me out” were his last words. Not His Last Words, just the last sentence in the conversation we were having.

Bloody Hell, I thought, you can’t think like that. You should always be on the look-out for something new. I moan in this Blog a lot about the way the world is going, but you’ve got to Think Positive. My Father-in-Law flew over from his home in the Isle of Man and spent a day in London looking to buy his 3rd Grand Piano at the ripe old age of 87 – now that’s what I mean. He’d got two already, but he thought he’d get another. Excellent.

Some years ago, I set myself a small personal target. I would try to do something new, or learn something new each year. It didn’t really matter what it was, but it had to be something I’d never done before. One year, it was Aerobics - 48 years old, sweating away in skin tight Pink Lycra cycling shorts. Another, it was to try to start writing in a way people would want to read. The next year on from that, the Blog started. Another, was to master Digital Photography – that’s still very much Work in Progress. Another was to read “The Lord of the Rings” – 922 pages, and I was bored to hell – I still am the only man in the UK who hasn’t seen the films.

Last year, I set my mind to learn to play the Piano. Now, this didn’t completely qualify as a brand new venture, because I’d been learning it under parental duress up until the age of 7, at which point I walked off in a complete huff during an exam, declaring that my pianistic days were over. And for 54 years, that was the case. This undoubtedly brought unspoken grief to my mother, for whom playing the piano was literally her life. She earned her living by playing - in Dance Bands, Ballet Schools and for Dance Teachers. She even played for a time with the Glenn Miller Orchestra, when they were stationed during the Second World War in Bedford, England, where I was born. 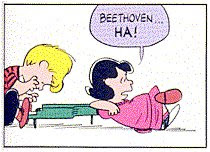 I have to say, I have not found it an easy task. I don’t know if it’s the creaking finger joints, or the equally creaking mind, but the digits simply will not do as they are told. It’s a really frustrating feeling, being put in the position of a total beginner, and not being able to do what sometimes seems like the simplest thing. Talk about a lesson in Humility, or is it actually a course in Adult Anger Management?

Of course, the more frustrated one gets, the worse one’s playing (for want of a better word) becomes. So, you have to come to terms with the fact that progress is sometimes One Step forward, and Two Back. You hear about the precocious Teeny Bopper picking it all up from the teacher in an instant, and then your attempt to emulate them ends up with you feeling a complete buffoon. Character Building is a good way of explaining away this failure, except I thought that I’d already got a character.

I liken some bits of it to climbing Everest. Probably a bit of an exaggeration, but the thought of getting both of my hands to do something different from each other, at the same time, and repeatably, was beginning to scare me a bit. I simply didn’t think I’d ever get there. I’m only scrabbling around at Base Camp as we speak, but there is a modicum of discernable progress, although a flurry today with my teacher to climb towards First Base resulted in me hanging off the pianistic mountain on rather a long rope.

But it’s definitely “Once more unto the breach, dear Friends”, “Onwards on Upwards”, “Per Ardua ad Astra”, “Practice makes Perfect”, “If at first, you don’t succeed ….. .”, “The longest journey starts with a single step”, or even “If the going gets tough, the tough go shopping”.

So Practice the Scales first, then off to the Internet to buy a new Printer.

Yes, the piano has frustrated me over the years, as well. Last year I bought a guitar, thinking that my inner Jimmi Page was waiting to break out.

Didn't happen. Not. Even. Close. The instrument now sits untouched in my home office, mocking my very existence...

Ah well... a man's reach should exceed his grasp.