PICK OF THE PICS No.5 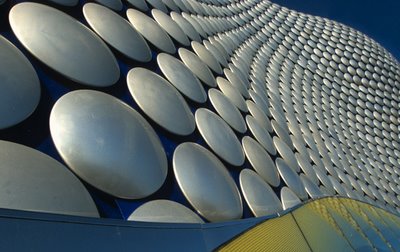 SELFRIDGES - BIRMINGHAM
Most people think of Birmingham as a bit of a dour place. How wrong they are!

It's in the middle of almost a complete revamp, and the centre has a real buzz about it. The centrepiece of the new Birmingham architecture is Selfridges Department store. Rather than going for the safe option, the designers have produced an absolute cracker of a building, like nothing you will have seen before. There isn't a straight line on it, and the outside is studded with what looks like 10,000 silver hubcaps. For once, someone's had the guts to make a hugely distinctive architectural statement, and they are to be hugely applauded for it.
I think it's an absolute gem. What do you think?