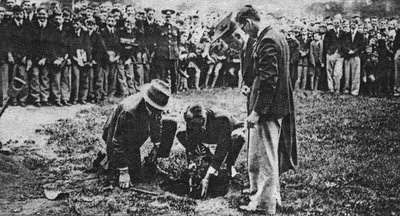 THE HITLER OAK BEING PLANTED AT BEDFORD - 1936

It’s amazing how a simple thing like a letter in a newspaper suddenly floods your memory with thoughts of the past that have lain dormant for decades. I am indebted (as they say on “The News Quiz”) to Malcolm, my brother-in-law, bon viveur, great chef, and generally Good Egg, for a snippet from the “Daily Telegraph” of a couple of weeks ago.

Although we had never met until I set about marrying his sister, he and I both unknowingly went to the same school – Bedford. As it happened, his other Brother-in-Law, and his wife’s other brother also went there, so there must be something in the water of the River Ouse which flows through the centre of the town.

Anyway, the newspaper story refers to Jack Beresford, an oarsman from Bedford School, whose name has faded into most people’s distant memory. However, in his day (the 1920s and 30s), he won 5 Gold and Silver medal in consecutive Olympic Games from 1920 to 1936, a feat only surpassed recently by Steve Redgrave. Leni Riefenstahl filmed him as part of her stunning “Olympia” project in the 1936 Berlin Olympics. That's quite a record.

The story in the letter recalls how Beresford not only carried the British flag at that utterly unforgettable event, but as one story goes, he so impressed Hitler by his prowess, that Hitler presented him with an Oak Sapling. This was brought back and planted in the grounds of the school (see Picture above), to be known thereafter as the Hitler Oak.

As the march of time, and more physically the march of New School Buildings, progressed, the the Oak was removed and the Biology Department took cuttings from it and these were planted throughout the school estate. Also, wood from the oak was kept back and used as bowshields for the successive generations of Bedford School Boat Club Oarsmen, with a formal signed authentication being added to each one by the Master of the Day to confirm their origin.
History is made of little vignettees like this. Probably meaningless to most people, but quite touching to an Old Bedfordian.

It does make you ponder about the Alumni of the School. I’m not a great “looker-back”, and school holds mixed emotions for me – it was a very sports biased place, and my abilities in that direction were, in the words of a famous Cricket person, “never going to trouble the Scorers”.

But a swift trawl over the Internet makes you realise how many individuals from the School went through the same training course as myself, and went on to achieve true greatness in multifarious spheres. The list I came up with, in about 10 minutes, is as follows. I’ve excluded a whole raft of hugely worthy individuals who, if you put them all together, seemed to run the Armed forces of this country for many decades. It must have been the CCF Army Training!
This lot makes me feel quite in adequate, but in a strange way, it all gives you a rosy glow to think that the teaching skills and training we received at school could have produced such a range of talent – and all because of a letter in the “Telegraph”!
Who wants mediocrity - Not me!
Bob Clay (in my class!) – Ex-Trotskyite Labour MP. He also masterminded the Parliamentary campaign of Reg Keys, who stood so memorably against Tony Blair in the 2005 General Election - do you recall Blair's face when Reg Keys gave his election address at Sedgefield after getting 10% of the votes there - the image of the campaign, in my view. 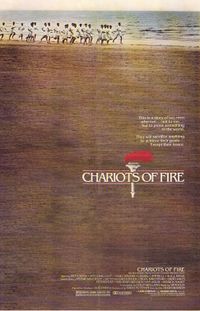 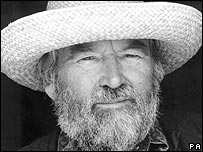 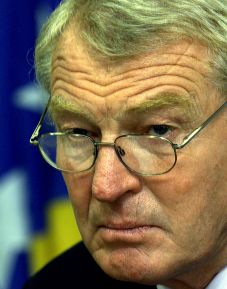 Paddy Ashdown – Ex Leader of the Lib Dems, writer of terrific Diaries, and Saviour of the Balkans 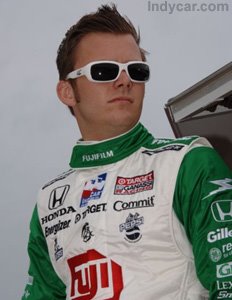 Dan Wheldon – Britain’s most successful Racing Driver over the last few years, but you haven’t heard of him because all his success is in the USA. Won the Indianapolis 500, and the last Brits with their name on that trophy were Jim Clark and Graham Hill – you wouldn’t mind following on from those two geniuses! 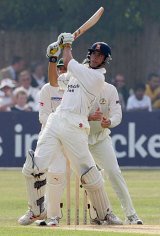 Alistair Cook – Cricketer - Left handed Batsman who played so brilliantly against Pakistan in 2006, before someone “tampered with the ball"
Tags:
beford school,
old bedfordians
Posted by rogerc at 10:07 pm

May I ask if you know any more and if I might use the picture with which you illustrated your article?