Much Wenlock is one of those lovely little English towns for which the adjective “sleepy” could well have been specifically coined. It sits at the edge of an escarpment at the end of the Welsh Mountains, and nestles quite beautifully in the ups and downs of the Shropshire Landscape. 3,000 people live there, and it has a history which stretches back almost 1,500 years.

A few hundred yards outside the town is Wenlock Edge, from the top of which vast tracts of the beautiful Shropshire countryside are laid out before you. This has been the inspiration for some of Vaughan Williams’s music and AE Houseman’s poetry. You only have to be there to understand why.

It’s where I take my dogs to walk most days, and I never fail to be affected by its calm and peaceful atmosphere.

The town’s Priory was founded in 680 AD, and, although it was almost destroyed by Henry VIII in the Middle Ages, it still remains a most impressive place. Over 100 meters long, you can’t fail to imagine what life there would have been like when you walk around the remains.

William Penny-Brookes, who was one of the main instigators of the current Olympic Games Movement, lived as a GP in the town in the late Nineteenth century, and every year, Much Wenlock’s version of the games, much truer, I think, to the Olympian ideals than Beijing, are held in July. Paddy Ryan, who runs a marvellous butcher’s shop in the High Street and sponsors the Clay Pigeon shooting event gets it spot on – “Beijing has Coca-Cola, Wenlock has me”.

I live about 3 miles from the town, and it never fails to please and satisfy me when I’m there. It’s one of these narrow street-ed, Black and White Building-ed places where the road names reek of Times Past.

The motor car doesn’t quite fit, and none of the roads are quite wide enough for today’s world. But what the hell. People are still polite and still talk to you and help you there, and many of the Olde Worlde courtesies are still practiced. Shops still shut over lunchtime, and the local car park costs 20 p per hour.

Try that in London or Birmingham.

Here’s a few pictures of the place to give a feel of what it’s like. 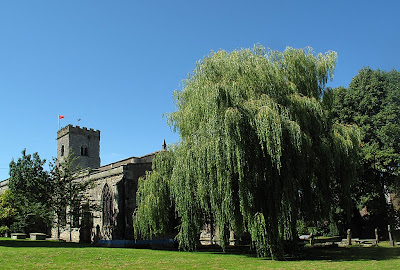 THE MAIN CHURCH IN THE TOWN 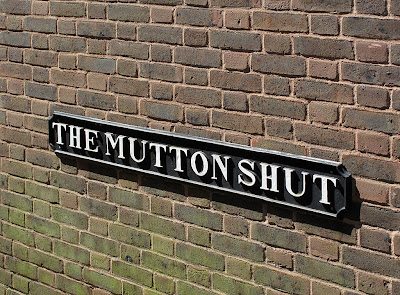 ONE OF THE ROAD NAMES 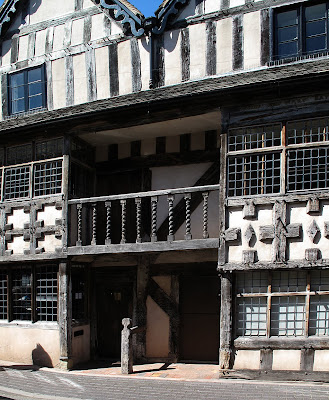 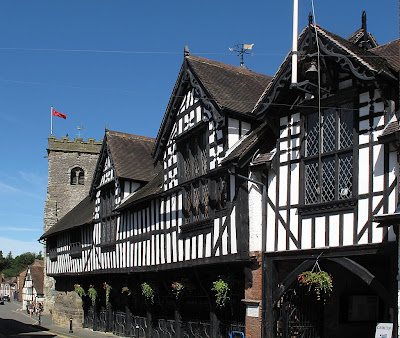 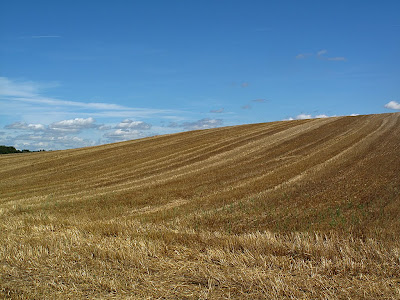 THE ROLLING HILLS JUST OUTSIDE THE TOWN 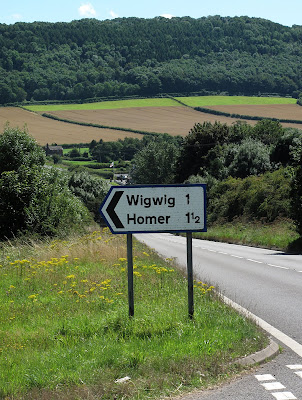 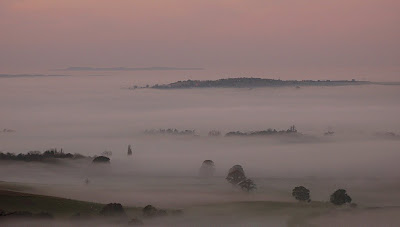 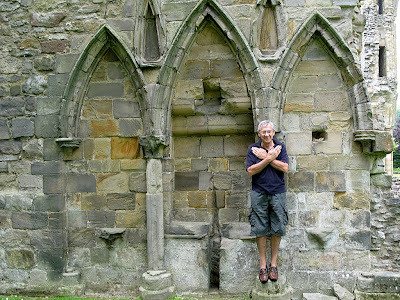 YOURS TRULY BEING VERY CHILDISH IN THE PRIORY 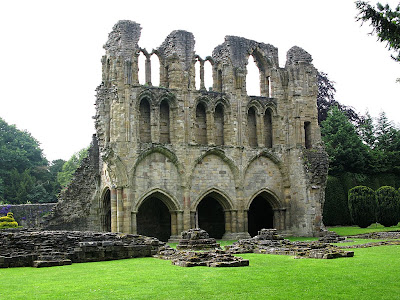 VIEW OF THE PRIORY REMAINS
Posted by rogerc at 10:27 pm

Looks lovely. Must try and visit.