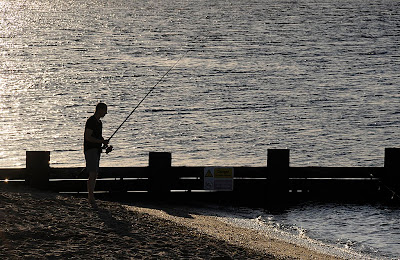 Enough of moaning about life’s problems. It’s summer, and summer means long evenings and (for some of the time at least in England!) warm days.

Over in Norfolk, we’ve just spent a few months rebuilding a bit of our little house to give us a better sized kitchen. At least, that’s how it started. It turned out to be a real personal demonstration of “Mission Creep”, the way what starts out as a little project surreptitiously turns into a much larger one. The “better sized kitchen” ended up with all the downstairs tiled floors being replaced, most of the furniture being changed, and the whole house, inside and out being repainted, recarpeted and recurtained. Oh, and we had a new Front Door. Oh, and the front courtyard was regravelled, as well.

So, with it all finished, we’ve finally managed to spend a couple of weeks over there just pottering around, doing not very much. I’ve managed to get out for a couple of photographic jaunts, so, in my unpaid capacity as North Norfolk Council’s Marketing Consultant, I’ll show a few of the pictures of the area here on the blog. Not the cleverest idea I’ve ever had actually, because one of the place’s great benefits is the lack of people around, even in high season. If you want to get away from it all, come here!

Anyway, firstly, two miles down the road from where we live - an evening out in Wells. Or to give it its proper name, Wells-Next-the-Sea. Note no “to” in the name, just to confuse you. And of course, because this is Norfolk, it’s not next to the sea, or even next the sea. It was, when it was named a few hundred years ago, but the gradual silting up of the coast around here now means that the sea is around a mile north of the centre of the town. You can still get boats up to the quay in the middle of the town, but if it’s a sandy beach you want, you walk or get in your car, or climb aboard a little narrow gauge railway if you want to get into the holiday spirit.

The beach at Wells, like most of the coast in this part of Norfolk, faces North, so the sun sets all along it during the summer. It’s lined with one of those most English of seaside pleasures – Beach Huts. They’re all different colours, and, to my eyes, they make a perfect holiday image. 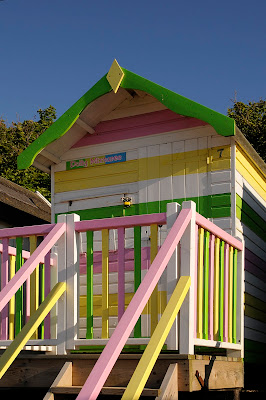 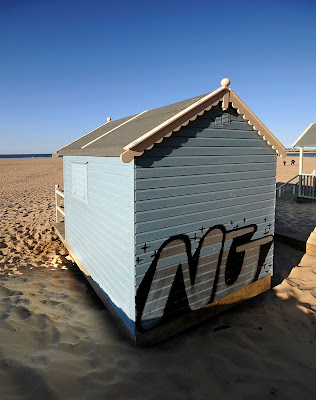 YOU CAN'T GET AWAY FROM THE GRAFITTI 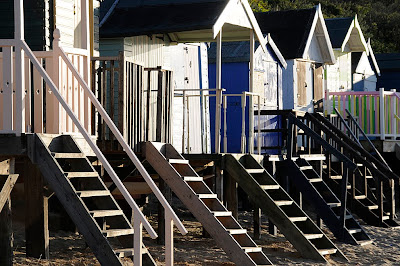 ALL SHAPES AND SIZES 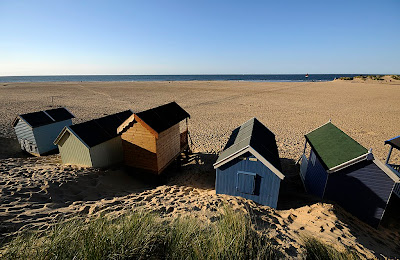 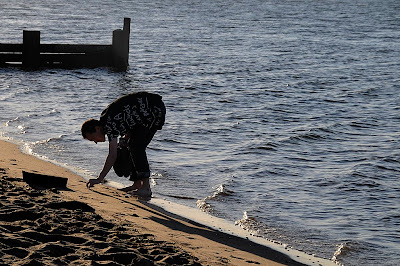 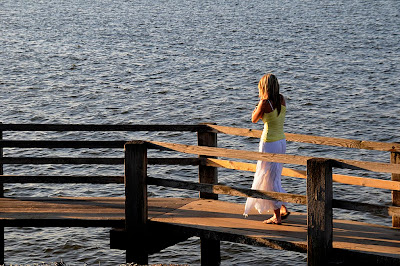 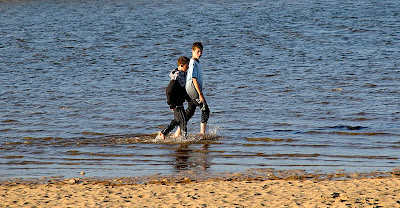 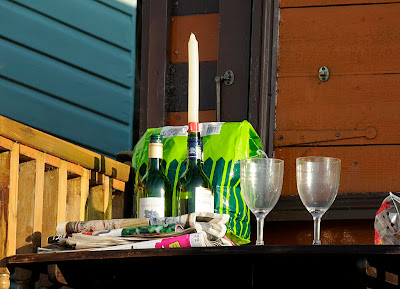 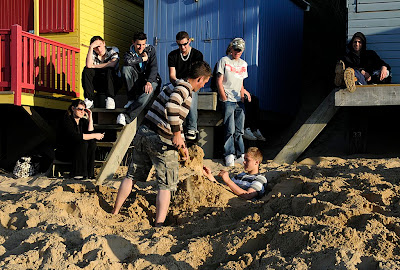 THE THINGS BOYS GET UP TO 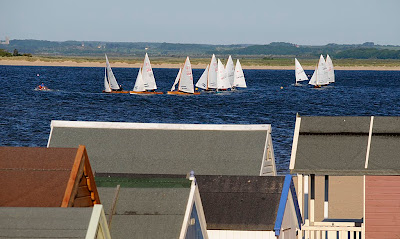 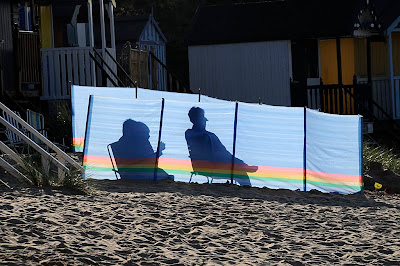 BEHIND THE WIND BREAK 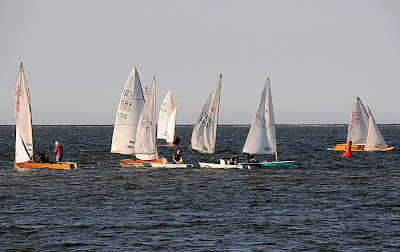