THE TUNNEL TO THE ISLES

There you are, browsing through the newspaper, and suddenly, you read something which makes you look at the date, wondering if two months have suddenly fast-forwarded, and it really is April 1st. The double-take last week was the story that plans are afoot to build a tunnel from Stornoway on the Isle of Lewis, to near Ullapool, somewhere near where the Arctic Circle crosses the Scottish mainland.

The tunnel is planned to be 41 miles long, some 10 miles longer than the Channel Tunnel, and since it was reported in the “Independent” it must be true. Subsidiary paragraphs reveal alternative plans to build a much shorter tunnel to come out just near the bridge on the Isle of Skye – this one being only 25 miles long.

One’s first thought is “I didn’t come up the Clyde on a bicycle”, which is actually quite a nice phrase in the circumstances. Perhaps some clever marketing person is trying to get The Western Isles “on the map” so to speak, and get a hefty dollop of good publicity by using the lampooning style of Ryanair and Sir Montgomery Cecil (see www.unlimited-spurt.org for details) in trying humour to get their messages across.

Now I’m only a bear of very little brain, but, assuming this isn’t an example of that rare commodity, Northern Scottish humour, I would have thought that the cost of such a venture would not be trivial. If the Channel Tunnel cost $21 billion, then a 41 mile tunnel would cost proportionately $28 billion. Take a bit off for improved efficiency, and put a bit back for Inflation since the tunnel was finished in 1994, the fact that the Western Isles are a long way from anywhere (so why then do you need a tunnel - No, don’t go there), so everything and everyone has got to be moved enormous distances, it’s difficult to see how you get much change out of $30 billion.

Now, at the last 2001 Census, the population of the Isle of Lewis was 16,872, excluding the sheep. Now that’s clearly not the whole story, because there also is an influx of tourists which increase that number significantly each year. But you have to ask why they go there. I suspect, for the sort of people who go, the difficulty of getting there is actually a small part of the pleasure - the other part being the profound sense of isolation when you're there.

Now I may sound as if I don’t like the place. But we used to go to Skye, the next island down, almost every year for our family holidays, and I don’t believe I can think of a more beautiful place than that part of the world. Just as a taster, here are some of the images I've taken of the island. 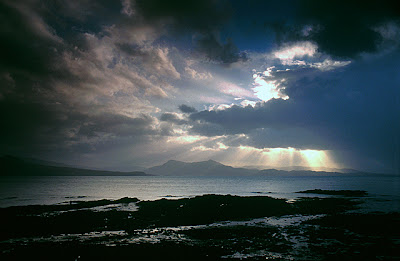 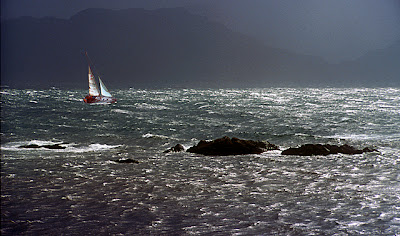 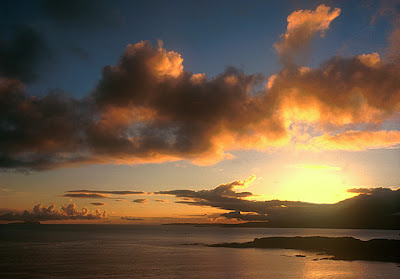 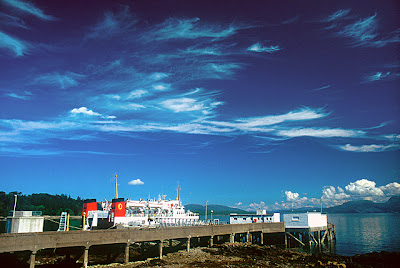 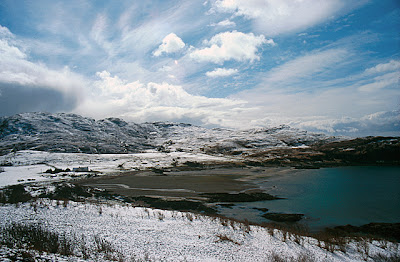 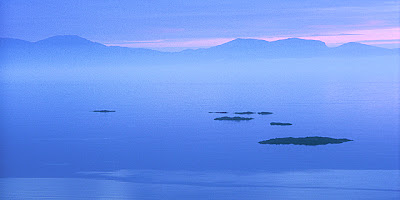 For the tourist, there is undoubtedly something quite addictive about the place, with the mountains, the sea, the beaches, the long walks, the history, the isolation (the nearest Marks and Sparks is 4 hours hard drive away in Inverness, so heaven help you if you forget the Vanilla yoghurts). Its infinitely variable weather can present the place one day as a Greek island, or a 60 mile long carwash the next day. Its culture, its occasional rawness and its almost religious feel can cast a spell that’s very difficult for a Southern Jessie like me to resist, although, on occasions, dark clouds of marauding kamikaze midges sometimes do show you another side!

As a tourist, you can’t really see it from the inhabitant’s viewpoint, and I suspect that life on these islands is a bloody sight harder than anything we have to go through in the cosseted South. The influence of religion is utterly different from England. They still observe the Sabbath, and, as far as I know, the only place open on a Sunday on Lewis is a petrol station, and that’s only for 4 hours.

We have little idea what it’s like for the ferry not to arrive, and supplies simply not be available. The wind, the rain and all the other myriad testing things that hit the inhabitants are almost unknown to us. But that’s not the point. We all live under different pressures, and the ones in Southern England are literally a different world from those which mould the Highland Scottish character. And I’m afraid, if it all gets too much, there is always the option to gird up your loins and “Go South”. Croydon awaits!

That’s not to say that development of the area should not exist. As a family, we watched the effect of the bridge which was built to join Skye to the mainland. The act of joining something to the mainland which previously was an island hit some islanders very hard, and some of them thought it would ruin the place. I have to say, from our viewpoint, it didn’t. The volume and the type of tourists seemed little different – it’s still a good 5 hours drive (admittedly along some of the most beautiful roads you’ll ever find) beyond Glasgow, so that sorts most of them out!

But that was financed privately, and only (!) cost £30 million. I know it’s not all about money, but if anyone expects to get any form of Cost Benefit Analysis to work for a tunnel, then it’s beyond me. My simple sums for that work out at $1.8 million per Lewis inhabitant (again, excluding the sheep).
There is a lovely web-site where a guy reckons that the Channel Tunnel was so expensive because they used rogue British (probably English) and French cowboys to build it. His idea instead was to go to Norway where he says building tunnels is much more of a core skill, and he knew someone there who could knock it out for £110 million. Well that sorts the money side of it.

As a confirmed Englishman, who still does not even know the answer to the West Lothian question, it seems to me very simply that this is a purely Scottish issue. They didn’t start too well with the Parliament building costs – Yes, I know it was only an extra Zero, but to us miserable money men, that’s sometimes quite important. So if they really want to drill a hole 40 miles long, where the only benefit would seem to be that the pizza deliveries from Ullapool would still be warm when they got to Stornoway, then let the Scots work out how to do it without it costing me a bean.

If I go there again, I’m quite happy to take the ferry – it’s much more romantic!
Tags:
skye,
tunnel,
channel tunnel,
stornoway
Posted by rogerc at 11:26 pm

Hello from the island of Berneray in the Outer Hebrides.

Population of Outer Hebrides is 26,100; it's started to rise the last two years.

The Norwegian approach makes sense. Am having an email dialogue with senior people in "the largest centre of expertise of tunneling technology in Norway." They think it's feasible and certainly isn't the cost of the Channel Tunnel.

Some links to information about Scandinavian tunnels in this post on my blog:

Unfortunately, the Stornoway to Ullapool tunnel is a severe case of Chinese whispers. Living in SY at the moment, I can tell you that only tunnels from Harris to Skye or from North Uist to Skye were thought of by our esteemed councillors.

Hi Roger and Thea,
Loved the photos especially the ist one looking across at Carn a'Ghobhair from my beach
I do enjoy your blog..so much common sense.
Hope you are both well.
Howard