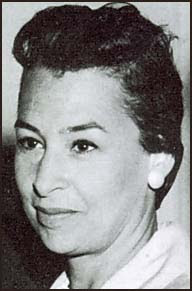 Following on from the piece on 13th February, one of the more disturbing things to come out of the Watergate saga is the story of airline flight United 533. There have been untold stories coming out of Watergate since the early 70's, but this one is still an open book which gives the conspiracy theorists something to chew on. If you give up on Princess Diana, David Kelly, John Lennon and even John Kennedy, and if you still want a real conspiracy theory, consider Howard Hunt who died recently, or more precisely his wife Dorothy.
They both worked in shady areas of the world for the CIA. Hunt was suspected of being implicated in Kennedy’s assassination. He was in charge of the Watergate break-in, and when that went horribly wrong, he had his political back against the wall. To protect himself, he set about blackmailing the government to stop him spilling the beans on what he said he knew, including, he said, evidence about Nixon’s role in Kennedy’s death.

Dorothy was acting as broker with White House aides to negotiate a pay-off, which apparently was agreed to be around $250,000, whilst at the same time she was also talking to journalists and members of Congress. It seems quite clear that John Dean, Council to the President, told Richard Nixon that she was “the savviest woman in the world. She had the whole picture together” – the implications being she was a dangerous woman, and that the White House, at the highest level, knew that.

One day, Dorothy Hunt, who was being used as a messenger for the White House to distribute Watergate “Slush monies”, got on a plane, together with a very clued up Watergate journalist, Michelle Clark, a Member of Congress and fifty or so other people, nine others of whom it later turned out were involved in Watergate.

She had just bought $250,000 of Life Insurance, the payee being Howard Hunt. The plane crashed landing in Chicago, killing almost everyone on board. She was certainly also carrying $10,000 in cash, although there seemed considerable evidence that up to $2 million of pay-out money and cheques was also with her, as well as the original copy of the papers which reputedly linked Nixon to Kennedy’s death.
One writer claimed that just hours after the crash an anonymous call was made to the WBBM Chicago (CBS) talk show. The caller described himself as a radio ham who had monitored ground control's communications with 553, and he reported an exchange concerning gross control tower error or sabotage. CBS, the employer of Michelle Clark killed in the crash, kept this information from the authorities investigating the accident. One FBI agent went straight to Midway's control tower and confiscated the tape containing information concerning the crash. Apparently, the FBI did this before the NTSB (National Transport Safety Board) could act - a unique and illegal intervention.
This writer also pointed out that FBI agents were at the scene of the crash before the Fire Department, which received a call within one minute of the crash. The FBI later claimed that 12 agents reached the scene of the crash. Later it was revealed that there were over 50 agents searching through the wreckage.

It was completely irregular for the FBI to get involved in investigating a crash until invited in by the National Transportation Safety Board. The FBI director justified this action because it considered the accident to have been the result of sabotage. That raises two issues: (i) How were they able to get to the crash scene so quickly? (ii) Why did they believe Flight 553 had been a case of possible sabotage? This question is not answered by Freed, the writer, but it could be argued that it is possible to answer both questions with the same answer. The FBI had been told that Flight 553 was going to crash as it landed in Chicago
.

Another writer has pointed out that the day after the crash, one of Nixon’s close White House aides Egil Krogh was appointed Undersecretary of Transportation, supervising the National Transportation Safety Board and the Federal Aviation Association - the two agencies charged with investigating the airline crash. A week later, Nixon's deputy assistant Alexander P. Butterfield was made the new head of the FAA. Coincidence?

When you delve into this story, there then seems to follow a continuing trickle of extremely convenient murders, which further adds to the mystery. Dorothy was rumoured to have been poisoned by cyanide during the flight, and her body was cremated with indecent haste, apparently following considerable pressure from CBS, the employer of the journalist travelling on the plane with Mrs Hunt – though just how a News organisation has any power to influence such a thing is beyond me. The undertaker who carried out the autopsy, was murdered shortly afterwards – a crime still “unsolved”.

Just to add to the mix, two or three other people, involved with the White House on other, non-Watergate matters, apparently received phone calls that day advising them not to go on the flight, or to take a later one.

Howard Hunt, who at the time of his wife’s death was under arrest, caved in following the crash, and pleaded guilty to his involvement in the burglary.

And it goes on – there’s more if you want to find it. See http://www.spartacus.schoolnet.co.uk/JFKhuntD.htm. It’s got the makings of a bloody good film, and as the real people involved die, perhaps there really still is more to come. Howard Hunt’s autobiography is, apparently, just about to be published …….

It does make the “Cash for Honours” issue a bit tame, but you never know. Watch this space.
Tags:
dorothy hunt,
watergate,
united 533,
conspiracy,
Posted by rogerc at 10:56 pm

I have written a book that climaxes with the crash of Flight 533. It is called Play it Again Uncle Sam and is a satire covering the with hunts in America to Watergate, using the chonology of the song American Pie. Further details can be obtained from www.playitagainunclesam.com

I was 5 years old when Flight 553 crashed 6 blocks away from my home in Chicago. Not a happy childhood memory, but a day I remember none the less. Of course at that age, I knew nothing about politics or sabotage, I just remember seeing horrible sights and lots of emergency vehicles. I vividly remember the sight of the tail of the plane sticking out of where the front of a house should have been. As tomorrow will be 39 years since that day, recent conversations have come up about " the crash" with other people who lived in my neighborhood. I hope that one day, we all know the " true facts" about what happened that day.
I have read several stories about United 553 on the
Internet and now that my interest is peaked again, I think
I will read some of the books written. I agree that it would
make a suspence thriller of a movie....for someone willing to dig for the truth. Then again, even if it was fiction, it's a he'll of a story.