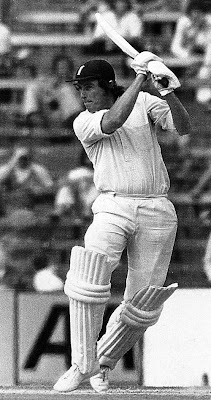 What a terrible shock to hear about Bob Woolmer’s death in the West Indies yesterday.

He really was a man who lived for the game, and pulled cricketing sides together in a way not given to many people. Although I’m not a cricket guru, I can’t think of any other better coach this country has produced, which is odd seeing how many good cricketers we’ve had. Just track South Africa’s progress under his watch, to see what he was capable of. Even with Pakistan, which must rank as one of the most difficult jobs in all of sport, he kept his cool, and plugged away, ever positive through Ball Tampering, Drug investigations, and the gentle ebb and flow of Pakistani politics.

And he was no mean player either. Look up the Ashes Test in 1975, when he batted for 499 minutes and scored 149 to save the match. That’s over 8 hours –against one of the very best pair of fast bowlers there has ever been – Lillee and Thompson. Can you, in your wildest dreams imagine anyone in today’s England squad being remotely capable of that.

The circumstances of his passing leave you feeling very uneasy. He said, just after the Pakistan v Ireland match, which I watched last week - “I’m going to sleep on this one as I’ve had a very bad day, which ranks along with my worst days as a coach. Coaching is what I like to do but whether I continue to do that at international level is under discussion.”

“I’m going to give it some thought.”

Who knows what happened, and in the end, does it really matter, because it won’t bring him back.

He embraced innovation, and his web-site gives you a very good clue to the man. His favourite quote from Stuart Leary, when you are up against it, puts it all into perspective – “Don't worry, you could be down a pit working on the coal face but there is one thing you can't stop and that is the clock”.
Tags:
woolmer,