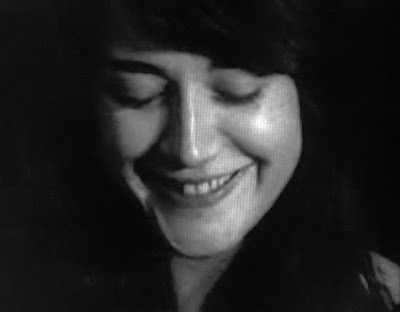 Of all the arts, Music is the one which, for me, seems to have the most emotional impact. Perhaps because it takes place over a period of time, the piece of music has a progressive impact on you, particularly when that impact is under someone else’s control. Music is the only major art form which needs an interpreter between you and the original to appreciate it in its intended form. So it’s the combination of the inspiration which gets the original notes down on paper, combined with the art of the individual/group of people interpreting it which makes each performance so individual and unique.

Yes, you can stand in front of a painting, and see new things in it, either by using your own thoughts and feelings, or you can look at it anew having listened to someone else’s views about it. Bu the immediacy of the music performance is, to me quite unique.

We are overwhelmed today by a total immersion in music. You almost can’t get away from it, and this omniprescence can work against the music all too easily. Everything can be found on a CD these days, and while that allows us all to listen to literally anything we want, when we want, as frequently as we want, that unrestrained availability stunts the sense of occasion which only a live a performance can bring. It's all to easy to lose the sense of occasion. Beethoven, for instance, did not write his Eroica symphony to be listened to as background music. And just to make sure the balance is not tilted towards the Classical end of things, neither did Paul Simon write “Bridge over Troubled Water” to be played as the soundtrack to a trip to a shopping mall. They were written to be listened to with focus by an audience, because both composers were trying to say something remarkable, where they wanted to change the way people thought about the way life worked.

But for music, you always need an interpreter – someone who can bring the music out, and lay it before you. Sometimes, it’s the composer, sometimes not. To my mind, there are some pieces of music where only the composer will do. Can you think of anyone who can sing a Rolling Stones song better than Mick Jagger, or does anyone even try to cover anything by Pink Floyd, Genesis, Dire Straits. Here, the music and the performer go together absolutely.

Other composer’s work is not the same, and that’s not to criticise it, just to recognise that it’s different – there are reputedly over 3,000 versions of Paul McCartney’s “Yesterday” – which is the best one? The simple answer is - You choose.

So in these cases, the performer can be just as important as the writer, which results in all of us having our favourite versions – be it Pop or Classical music.

Now, I have a reasonably eclectic range of musical likes and dislikes. My great love tends to the Classical side, except, of course, when I prefer Pop Music! Today, while doodling around on YouTube, I came across a raft of snippets of historic classical music performances, which took up a couple of hours and stirred me to write this.

Taken as a proportion of total time listened to, Piano music probably occupies the Number One spot for me. The piano has a unique range of sonic possibilities, and can be as close to an orchestra as any instrument can, all of which sets the question rolling in my mind – Who is the best pianist in the world?

To my very limited knowledge, there’s only one choice. There is a tremendous range of pianists today, all with prodigious technique, who all seem to be able to reduce the most difficult pieces ever written to simplicity. But, at the very top, you need more than that. You need a mercurial quality, the ability to astonish, to provide insight, to burn a hole in your heart as well as your head. And when you put the list of the Great and the Good Pianists against this measure, some of the Premier league players don’t make it for me. I keep feeling the words “cold” and “technical” jabbing at my thoughts when I listen to them.

For as long as I can remember, Martha Argerich has stood head and shoulders above the rest. I first heard her ages ago playing Chopin, and I was bowled over. Listening to the musical, and physical, power being radiated by the radio I was listening to, I could not believe that its source was actually a young slip of a girl who was still a teenager when she had recorded the piece that was transfixing me. Since then, the woman has been the musical love of my life, and watching her today playing on a very grainy, small Black and White film brought it all back to me.

Her first Album, for once correctly called “Martha Argerich plays Chopin - The Legendary 1965 recording” is simply stunning (see the Amazon http://www.google.co.uk/search?q=martha+argerich&hl=en&start=10&sa=N link). Just click on the “Listen to this” tab, and be enthralled.

The recording engineer, usually the sort of person who has been round the block a few times, remembers hearing her play the Chopin Op.53 Polonaise in the Abbey Road studios when he first met her. He recalls how he “sat up in my chair with a long drawn out “Jee-sus” – the balance engineer said “Wow!”. 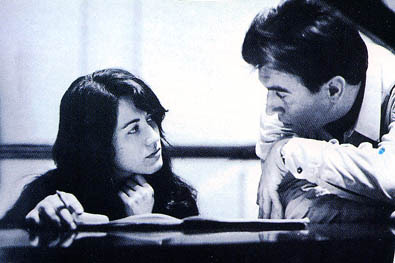 WITH CLAUDIO ABBADO
She plays with a passion and a totally personal vision, and a technique to rival the very best, but it’s the mercurial nature of her playing, the way she brings a fresh view to everything she turns her hand to which is so captivating. Some people accuse her of occasionally playing too fast, and sometimes you see a real tempestuous streak, but she is capable of hugely tender moments. And if anyone thinks it’s only the romantic Chopin, Listz and Rachmaninov where she excels, try her playing Bach – it’s like a breath of fresh air. Then again, listen to her blinding version of Prokoviev’s Op. 11 Toccata – 4 minutes where you will sit totally unable to believe there is only one person playing the notes.

I know I’m biased, because for me she can do no wrong. I also know in my head, that fan worship has many pitfalls, but for her, even with me at the age where I should know better, I think I’d throw my knickers onto the stage!

can anyone play that way looking so gorgeous?