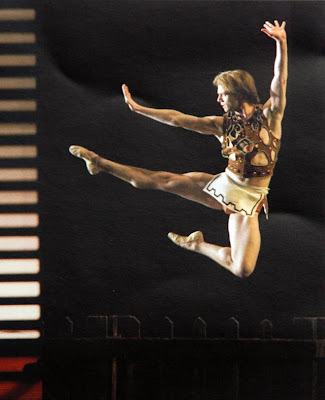 ROBERT PARKER
News reached the far flung outpost of Shrewsbury today that Robert Parker, Principal Dancer at the Birmingham Royal Ballet, is retiring this year at the grand old age of 30.

The film “Billy Eliot” caught the still prevalent attitude that has your male listener, probably involuntarily, starting to talk in a slightly lower register when you profess a liking for Ballet. As a Director of a largish company in Birmingham in the late 90s, being invited out for the evening by professional advisors and other business people was an occasional perk. Most of the time, sitting with 500 other businessmen listening to an evening of speechmaking was not always something to set one’s mind racing with anticipation, but occasionally something turned up which literally added a whole new interest in your life.

One such invitation came near one Christmas, for my wife and I to make up a party at the Birmingham Hippodrome, to see the BRB’s performance of The Nutcracker. To say I was affected by it is an understatement. I went into the theatre probably a tad prejudiced against it, and came out a speechless convert. The sheer beauty, the power, the grace, the passion and the sheer aural and visual impact of it all made it one of the most memorable evenings of my life. That “freebie” actually cost me a fortune, because over the next eight years, we used to buy a pair of Season Tickets, and go to every programme they put on. 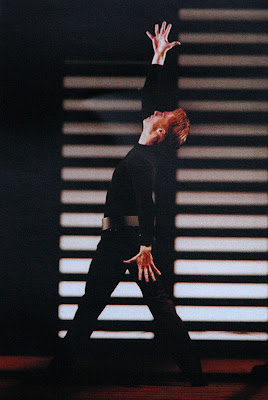 I’m sure Ballet Companies are like football teams, in that their skill levels ebb and flow as the years go by. And I’m equally sure that in the late 90s, the BRB had a range of dancers which could stand comparison with any other major company in the country. But the life of a top flight ballet dancer is fearfully arduous, and fearfully short.

People like Joe Cipolla, the O’Hare twins, Monica Zamora, Sabrina Lenzi, Leticia Muller, Wolfgang Stolwitzer were truly excellent dancers, both in the classics, and also the newer, more avant garde pieces that David Bintley, the BRB’s charismatic Director, put on over the years. But, by the turn of the century, many of these top flight performers were reaching the end of their careers, and all of a sudden, they’d gone. The only real new BRB entrant over this time who had immediately made you think –“Bloody hell, he’s got something” was Robert Parker.

He started in Birmingham around 1998, and rose swiftly through the ranks to reach the pinnacle of Principal Dancer, where he has remained for many years in my opinion, as the best dancer in the Company. He seemed to be able to turn his hand to everything. He was immensely athletic and seemed to have a real insight into the character he was portraying. Dancing on his own, you could not take your eyes off him, whilst when partnering one of the female Principals, he blended with her and presented her in a very elegant and supportive way. To me he was always utterly convincing and got to the heart of the role more than any other BRB dancer, and it was always an absolute pleasure each time you turned up at the Hippodrome to find that he was dancing that night. 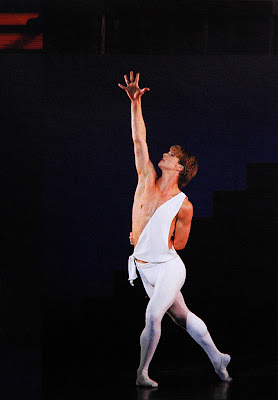 He seems to be using a very sensible brain to “go out on a high”, and take his career on a very different course, at an age when time is still on his side. He intends to move to the USA and train as an Airline Pilot, would you believe.

All I can say, as a real fan of his, is to thank him for the hours of utter pleasure his dancing has given me. I should advise potential flyers in America to fly with him, as, if he lands his aircraft with the same precision and grace that he showed with his leading ladies, you will not even know you’ve touched the ground.