I sat down this morning and listened to a piece of music I had deliberately not played for over a year – the Jacqueline Du Pre/Barbirolli Elgar Cello Concerto recording. It has been a top favourite of mine for over 40 years, and I have listened to it countless times since I bought it in the late 60s. To my mind, it stands out simply as one of the very best recordings I have ever heard. 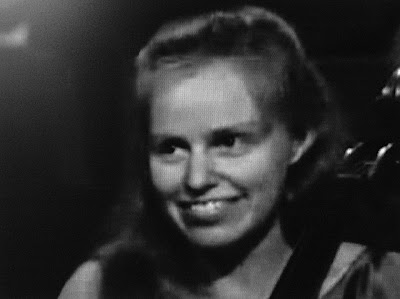 Minds greater than mine have commented endlessly on it, but the music Elgar wrote seems to me to be an “over the shoulder” look back at his life, wistful, contemplative, but in the end turning into a life affirming, forward looking statement. The choice of the cello for the solo part was simply spot on, the dark, autumnal tones of the instrument complementing the tone of the piece to perfection.

And this is one of those landmark records which has simply become the Standard by which all other performances of the work are judged. Even 40 years on, there are parts of her rendition which make me stop whatever I’m doing, to sit and marvel at the sounds playing around me. The point towards the end where she seems to have faded away to nothingness is quite extraordinary. A marvellous achievement.

But its simple availability, anytime, anywhere is the other side of the sword which, if you are not careful, can blunt its impact to the point where its power to astonish gradually diminishes. And the other insidious effect such a powerful rendition can have is to push alternative versions of it into the shade, by forcing a view in your mind that this is the only way that particular piece of music can be played – actually a good reason to listen to Radio 3!

I recall, a while ago, listening to a radio interview with Stephen Isserlis, another great British Cellist, where he talked about the difficulty of playing the Elgar Concerto, simply because he would be permanently judged when playing it against the “Du Pre Standard”. The reality, of course, is that music actually allows an almost infinite variety of playing styles, but this constant emphasis on one version is very much, not a good thing.

Hence my decision to avoid listening to it for a long period of time. I was hoping that the detailed imprint in my mind would dull over a year or so, and that when I next listened to it relatively afresh, I would hear it with new, or at least newish ears. And to some extent, that was true. It wasn’t a “new” piece of music, but it had a real degree of freshness caused by a year’s long absence, which simply wasn’t there when last I listened to it.

Just hit the Centre "Arrow" to load, then the small "Play" button in the left hand corner - 4 minutes of sheer brilliance will follow!

AND FEAST YOUR EARS AND EYES FOR MORE

And that made me really quite pleased, because I’d worried that that remarkable feeling when, occasionally, you hear or read something for the first time, and go ”Wow”, had been lost for ever.