CREATIVE FREEDOM,OR "FIDDLING ABOUT" - YOU CHOOSE

My regular reader will have noticed, by now, my penchant for things Photographic. I suspect I am a frustrated artist, who, having tried and failed quite stunningly at drawing and painting, has taken up photography as a way to make some positive, personal progress in the Visual Arts.

Sprinkled through the various pieces on this Blog, you will find examples of my own personal photographic efforts. They sit alongside, although actually the word is most certainly “underneath”, the works of the great picture takers of all time.

As part of my interest, I belong to a local Photographic Society, where, at various times during our Meeting season, we are invaded by a Judge, who, comes along, looks at the Member’s pictures, critiques them, sometimes critically, sometimes constructively, and then picks the Best Picture of the night. Which is, of course, really means the Best Picture of the Night, in his opinion.

And, in the same way that football fans clearly like to disembowel the referee after a match which their team has just lost, the Club Members like to do the same with "The Judge" in the pub after such an evening – apart from the one guy whose pictures have just been selected by "The Judge" as The Best!

To make my position clear, I have decided that I am now officially Old Enough and Ugly Enough to contemplate Life carrying on, even when our Photographic God for the evening has suddenly fallen completely blind, taken complete leave of his senses and not selected my photographs as the best that night, when it was clearly obvious to the meanest intellect that there was only one true genius in the room. So the opinion of "The Judge" is now less important than once it might have been.

Now, on slightly another track, I give the occasional lecture to other Photographic Societies where I review Photography and its impact and influence on the World since its invention in the 1820’s. The great “photographic lurches forward” of 1- its Invention, 2- Kodak’s Bringing it to the Masses, 3 - The Invention of the small portable Leica-type camera and fast film, 4 - The Invention of the Colour film, are the first 4 Chapters in the Development of Photography over the last 180 years, but the latest “lurch”, where we are still in the midst of it, is the Digital Revolution.

Film is on its last legs, and the impact of the Digital Image is well in the throes of totally transforming the way pictorial images are being taken, distributed and used. Here I am writing in a digital form, showing you digital images, and if you look around the world, almost all images that you see are created and distributed via Digital means.
Almost the last bastion of the “analogue”, film image is the Photographic Society, of which there are many hundreds in this country alone. And The Judge who comes to adjudicate on our Member’s images is, more often than not, a skilled “film” worker, rather than a digitally based individual.

There is absolutely no doubt in my mind that a well produced, usually Black and White Print, often produced after many hours of hugely skilled work in a Darkroom, is a most remarkable piece of work. I simply do not have these skills, and admire those that have enormously. And when we see one of these pictures being judged or critiqued, sometimes you feel quite humble when realising the skill which is involved in the final image.

But there is another side now – the ability to do the most amazing, creative things with an image, using Computer programmes, which allow an almost “Sky’s the Limit” approach to be applied between the original shot, and the image finally shown. This, in my humble opinion, should also be given its true weight.

All too frequently, The Judge, will look at a “Digital” image, and in a “damning with faint praise” style, see the changes wrought on the original image as “fiddling”, and to some extent, destroying the integrity of the original. Now, to my simple mind, the efforts of the person slaving over a hot keyboard using “Photoshop”, is identical to the darkroom worker, slaving over a hot Chemical Set. They are both trying to generate something artistic from a start-point of a basic image the photographer has taken. I see no difference philosophically between the two approaches – they are both Means towards Ends, and you should judge the final image, and not place the Darkroom Worker on a pedestal, whilst demeaning the “Photoshop” Fiddler who, by different means, has created the same thing – a personal work of Art.

The really exciting thing is that this new form of Creative Expression has become available in our lifetime. I welcome it with open arms, and get more than a bit cheesed off with those who see it as the work of the Devil. To me, it has allowed so much more personal input to be made into a photograph, where the aim of it all is to affect the emotions of others. You can now behave far more like a painter, where the constraints of the camera, and “The Image cannot Lie” approach has been so restrictive for so long. Even the phrase “The Camera cannot Lie” gives you a clue as to the restraint which photographic film has had on its users.

Now if, when taking a landscape, where there is, say, a telegraph pole in a landscape I’m taking, I can eliminate it, just like a painter might do, and produce, what to me, is a better result, or at least the result I want. In addition, there is a huge range of digital adjustments which can now be made, some of which mimic what’s achievable in the darkroom, and some of which do not. The simple result is that the User’s mind is freed up to “fly” in a way which simply wasn’t possible few years ago.

Why you’d ever want to push this amazing capability away is beyond me, but there are still some people who do not look on it favourably. I do think very much that it is a capability which needs to be used sparingly – “Less is More” is not a bad mantra to keep repeating to yourself when sitting in front of the Computer screen, but there are undoubtedly many areas where such post image manipulation can add something unique. It’s a bit like comparing the representational painting of someone like Canaletto with the paintings of Monet – both are magnificent, but, in spite of their differences, both have their place in the Visual Arts.

All of which is a much longer, rambling introduction than I had envisaged, to a set of four images which I took on a fleeting visit to Cardiff recently.

Cardiff has undergone a major transformation recently, and the new Civic Buildings there are clearly designed to put the city on the architectural map. The exterior of the concert hall is clearly aimed at reflecting the “Slate” image of the country, in the same way that Scotland so often is seen as a “Granite” country. Now, I don’t think the buildings there are of a quality where you come away saying “You’ll never believe the building I’ve just seen”. Not in the way you do after seeing such buildings as Richard Roger’s Lloyds Building (now 21 years old!), the Gehry Guggenheim Museum in Bilbao or even, much closer to home and more prosaically, the new Selfridges in Birmingham

But they are new, distinctive and impressive. And because of the forward looking thoughts that creating new buildings such as these produce, I decided to play around with Photoshop to show images which had a bit more modern creativeness about them. That doesn’t mean you will necessarily like them, it just means that I’ve “fiddled” about with them a bit more than I would normally do. 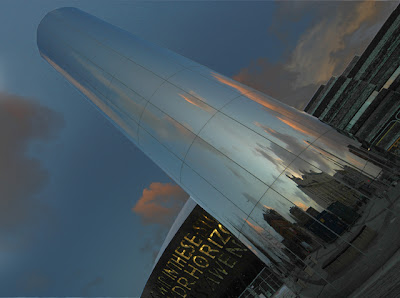 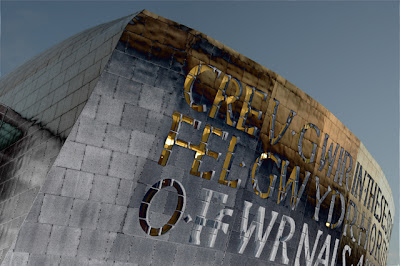 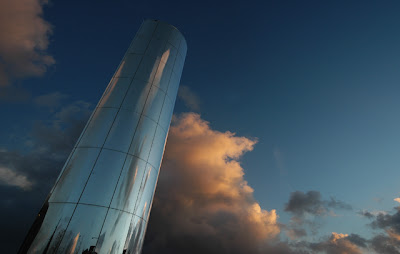 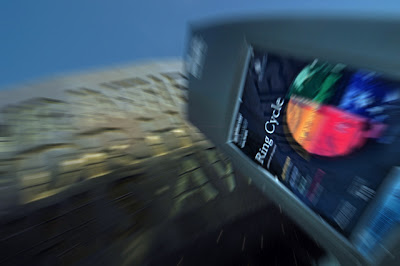 We agree that the content of your comments is not as detailed sbobet การเล่น as they should be and should be improved for greater understanding.