I penned a piece a few days ago about Jim Hall, the driving force behind the amazing Chaparral Sports racing cars in the late 60s, and it got me thinking again about the idea of the “Art of the Racing Car”. I am not really sure where the idea of “Beauty” stands in relation to such a violent piece of machinery. You could take a view that “Beauty is in the eye of the beholder”, or you could take a view that Function is the sole requirement of a car which simply tries to go round a circuit quicker than any other. The idea that if it does what it’s supposed to do better than any of the others, that makes it beautiful.

Personally, if you ask me to choose between the two, the answer is “Yes”. Both.

The designer can draw a car which satisfies my idea of aesthetic beauty. Look at the Gurney-Weslake Eagle and you will get a flavour of what I mean – its nose mimicking an eagle’s beak, the quite exquisite detailing on the chassis. If you ever get a chance to see one in the flesh, just look, for instance, at the fuel filler cap - it could win a design prize on its own.

But you can also build a car, which, simply because of its outrageous performance, is beautiful in another way. Look back at the Chaparral 2K Model which Jim Hall produced in 1970. It actually looked as if the front half of the car, and the back half, had been designed by two different teams of engineers who didn’t meet very often. But, judging it on the Function argument, it was a real beauty.

This piece is about a car which I think takes a lot of beating in the real “Whow, just look at that” Beauty category – the Ford F3L 3 litre sports racer (or P68 to give it its official designation).

It was produced very quickly following the end of the old Sportscar formula in 1967. Ford had just produced one of the greatest racing creations ever with the launch of the DFV V8 engine, and this was mopping up Formula 1 in an utterly dominating way. As a result, some bright spark had the brainwave that here was JUST the engine to power a Prototype sports-car for the new formula, which could blow all the other new cars into the middle distance.

Alan Mann Racing, with “a little help from their friends” designed and built the P68 machine which emerged just in time for two of them to enter the BOAC 500 Mile Endurance race at Brands Hatch in April 1968.

Now here I must “declare an interest”. At this time, I was studying Aeronautical Engineering at Imperial College in London, and in the final year, every student undertook a large “rites of passage” type of project or dissertation. Given my fascination with Things Vehicular, I chose to investigate “Motor Vehicle Aerodynamics”. As part of my practical work, by means still not clear to me, I obtained a 1/6 scale model of a new sports racing car then under development, and was given this to test in one of the colleges many Wind Tunnels.

I’m sure you will see where this is all leading. The model I was testing turned out to be the P68, and I spent many happy hours looking at its drag and lift characteristics. As you can imagine, it became “my” car – I had played a small part in its development, and for a 20 year old, that really meant something. 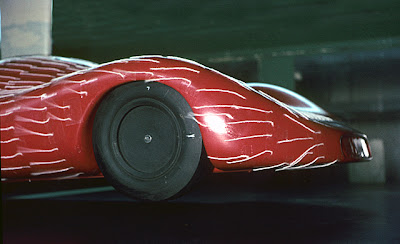 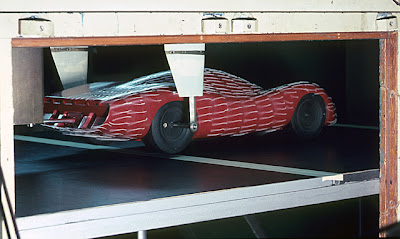 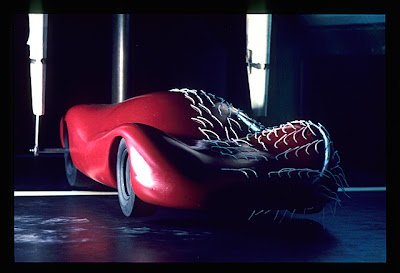 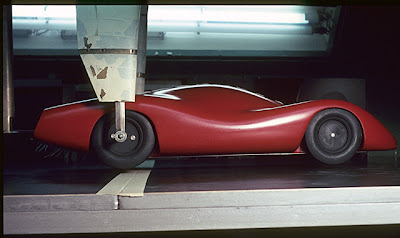 When it was finally announced in the Press, the finished article simply took my breath away. Its feline, almost feminine grace was something I had never seen before in a racing car. To me, it was the most beautiful racing machine I’d ever seen, although perhaps, I was a tad biased!

And when it was clear that it was finally going to race, I shot down to Brands Hatch, to will it on. The rest of the story that day was a simple, unmitigated disaster. The plan apparently had been for one of the pairs of drivers to be Graham Hill and Jim Clark, but contractual commitments and obligations had intervened, and they went off to Hockenheim to race there. They were replaced by Bruce McLaren and Mike Spence. In the event, one of the two cars didn’t start, but the McLaren/Spence car was second on the grid.

As happened so often in those days, the cars had hardly turned a wheel, before being committed to the track. Sometimes it works – just read the debut of the Lotus 49 at Zandvoort the previous year – but most of the time, it doesn’t. And it didn’t at Brands Hatch that day. After, I think, a bit less than an hour, it stopped with a broken drive coupling. Bummer.

It was only after the event that the real catastrophe of the day became clear. Driving up the hill out of the circuit, I turned on the 6 o’clock news to hear the newsreader report that Jim Clark had been killed that afternoon at Hockenheim.

To me, Jim Clark was, and still is, the best driver I have ever seen in a car. His ultra smooth, calm, undemonstrative style of driving was so at odds with the speed he could produce. He was literally in a class of his own, and so much better than anyone else around him. And to hear that he had been killed in an inconsequential little race in the middle of Germany, when he should have been here at Brands Hatch, driving “my” car, and still been alive, was too much to bear. I remember pulling off the road, and sobbing my heart out.

After that day, Formula One ceased to be a passion. The price you sometimes paid was simply too high.