BLAKENEY, NORFOLK - NOW AND THEN

We’ve just spent a very pleasant couple of days in Norfolk, with lunch today (Sunday) in The White Horse in Blakeney. For the gastro-pornographers among you, it was rare Roast Beef, crisp Yorkshire puds, Lemon and Rosemary Roast pototoes, Cauliflower Cheese and mixed vegetables including local Samphire– it was all very, very good.

Excuse me while I wipe up the drool on the keyboard.

We finished off by wandering down to the quayside, where we completed the meal with an Ice Cream Cornet. The picture below shows Dearly Beloved holding said ice creams. For the detail fanatics, mine is Exhibit B on the right, the large, dripping, double cone of Zero calorie, Ultra low Cholesterol, Rum and Raisin. 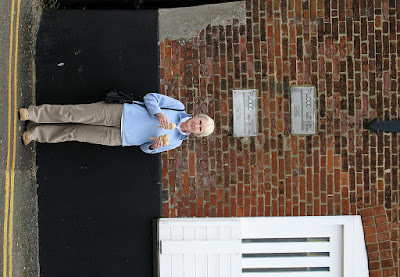 Apart from my wife and the Ice Creams, the really interesting bit in the picture is above her head. These two plaques show the heights reached by the flood waters in 1978 (lower plaque) and 1953 – the upper one. I have scaled it to be just over 8 feet.

Here the power of www-land comes into play. Just type in “Blakeney 1953” and you jump from an idyllic seaside afternoon, where today’s Test Score was a complete unknown and the ice cream is just what you wanted, to the stuff of Terror stories and images straight off “The Perfect Storm”.

On the night of 31 January 1953, an appalling set of weather conditions came together off Scotland’s North Coast, which led to winds of Hurricane Force blasting a huge wall of water down England’s eastern Coast, causing unparalled destruction in its wake. The brunt of the storm hit Lincolnshire and Norfolk’s North Coast full on, although the whole of that coast round to Canvey Island was devastated.

Whole villages virtually disappeared, houses were uprooted and thrown over flood defences, waves of up to 80ft high were reported, 40,000 animals were drowned as the waters flooded vast tracts of inland farms, and a total of 307 people perished around the coast. It was the worst storm the country had suffered in over 250 years.

The terrifying pictures below are from EDP archives. 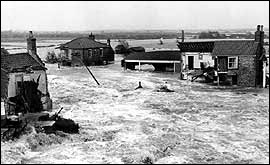 THE VILLAGE OF SEA PALLING - 7 PEOPLE DIED THAT NIGHT 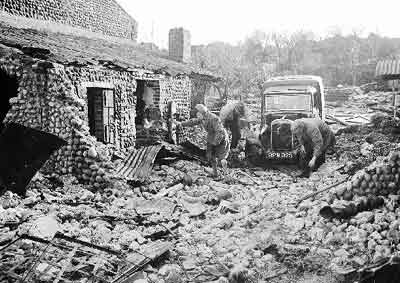 SALTHOUSE - 30 HOUSES DESTROYED - THAT'S ABOUT THE WHOLE VILLAGE
Today, it all seemed so different. The children catching crabs off the quayside, the sails on the horizon glistening brightly, the long, beautiful beaches of Sea Palling, West Runton, Wells, Holkham and Brancaster basking in the sun and looking just like the archetypal English holiday scene.

But just looking at those two innocuous little plaques in Blakeney make you realise just how much power and destruction is locked up and hiding in the sea and sky around us.