Taking Sports Photographs is very deceptive. Like watching someone skilled plastering a wall, a master makes it look absurdly simple, until you try it, and then you find that you make a complete fool of yourself. I have a raft of books of Sports pictures at home, covering many different activities, and, having personally dabbled almost completely without success in it, I can only admire the skills, determination and doggedness of those who excel at it.

Look at the pictures from agencies like Allsport, now Getty Images, and the power of their best images jumps off the page, and the emotions, which are what sport is all about, leap out with them. Most of these images were taken after 1970, when camera and film technology progressed by leaps and bounds with the introduction of Autofocus and Motordrives on cameras, long lenses, fast films and the like all giving a huge helping hand to the snapper. Today, the digital revolution has engulfed all sports photographers, making the task easier than ever, or more accurately a little less hard.

But go back in time to the 1930s, 40s and 50s, where none of this technology existed, and the intrepid cameraman lived solely on his own skills with a very primitive piece of equipment to get his shot. Some of the most evocative sports pictures from that era were of Motor Racing, and you don’t go far in talking about that time without the name of Louis Klemantaski appearing. He was the doyen of motor racing photographers, and a look at some of his images tells you why in an instant.

In the same way that Robert Capa, the great War Photographer, said “If your pictures aren’t good enough, you’re not close enough”, Klemantaski followed the same dictum. He stood in what can only be described as suicidal positions, inches from the cars, with no protection whatsoever, and guess what, his pictures are exciting, powerful and technically brilliant.

Klemantaski was born in Manchuria, but educated in England. He got infected with the Motor Racing bug at Brooklands, and ran the Junior Racing Drivers Club there. A short step later and he became a professional photographer, and went to as many meetings as money allowed, including trips to Italy for the Mille Miglia, where he got a lift round the course with several of the drivers.

His pictures combine technical excellence with a large dose of pictorialism. His lighting is quite often dramatic, with many pictures taken in the early morning, when practice often took place. His sense of movement, personality and speed are exceptional, and the power and drama of the sport (and it was a sport then) are key characteristics of his pictures.

The copyright of all these brilliant pictures is now vested in The Klemantaski Collection and if you want to see more or buy any of his images, click on www.klemcoll.com. 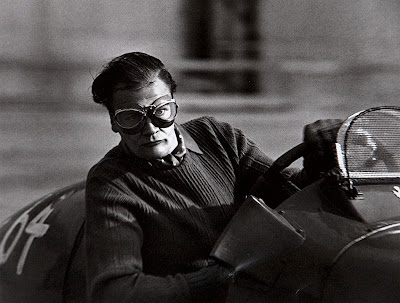 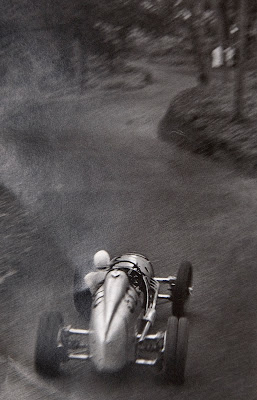 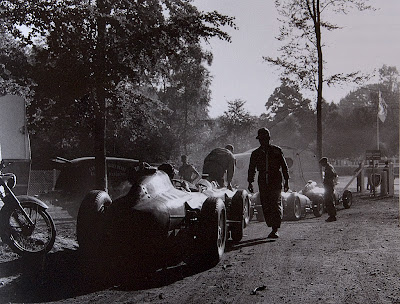 BEAUTY AND THE BEASTS - EARLY MORNING FERRARIS AT ROUEN IN 1957 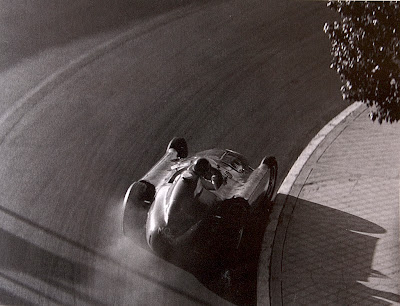 I think this is a fabulous image - Light, composition, power, speed and perfect timing. I am looking at a signed original of this on my wall as I write this piece 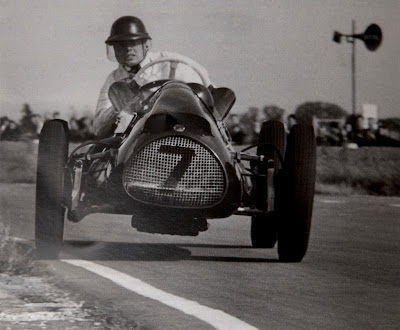 MIKE HAWTHORN AT GOODWOOD IN A COOPER-BRISTOL IN 1952 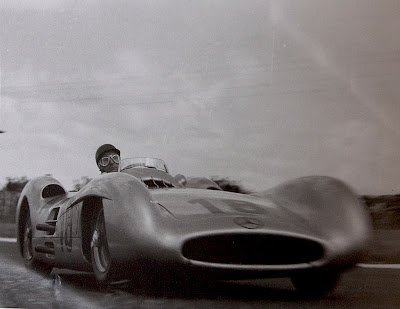 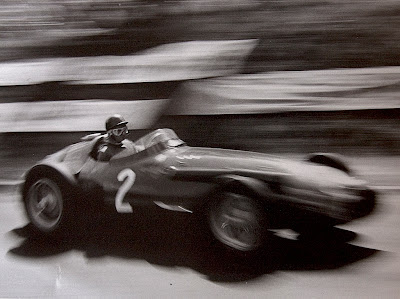 KLEMANTASKI THOUGHT THIS HIS BEST IMAGE - FANGIO AT ROUEN IN 1957 - IT SAYS IT ALL!