SHREWSBURY TOWN - ON THE MOVE TODAY

Shrewsbury Town, the local Football team, is on the move. The current ground is right by the river in the centre of town, and some rather astute person has realised that there's money to be made somewhere by moving to a brand new site out of town, and selling the current acreage off to a Property Developer - which is what they've done.
Of course, it may have nothing at all to with that - it may just be that they are totally fed up with the "Nudge-Nudge, Wink-Wink" jokes that go on about the name of the ground. 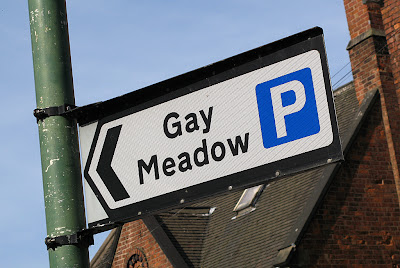 IT SOUNDED ALRIGHT 50 YEARS AGO!

Anyway, today, on a lovely afternoon, the small ground was filled to its 8,000 capacity for the last ever game there. Your intrepid reporter was walking past/around, and took a couple of pictures which celebrates this momentous day. 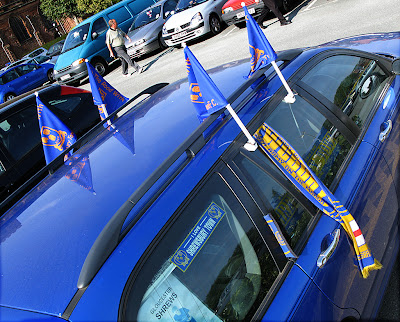 SUPPORTER'S CAR DECKED OUT WITH FLAGS 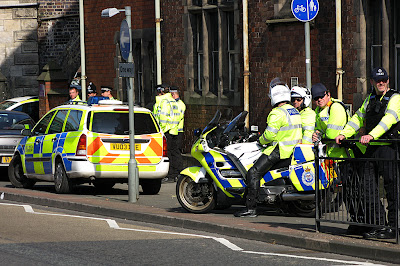 THE LOCAL CONSTABULARY, WHO, BY A GIGANTIC STROKE OF CONVENIENCE MET UP JUST OUTSIDE THE GROUND TO CHEER THE SUPPORTERS 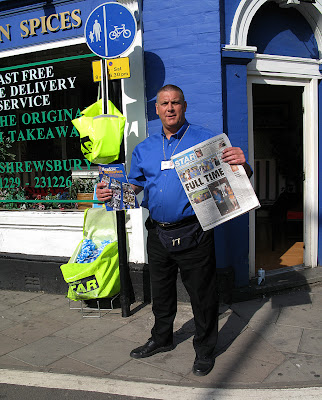