WELL, HE WOULD SAY THAT, WOULDN'T HE? 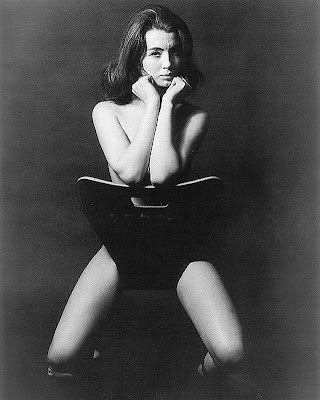 I am assuming that I now have your undivided attention.
Are you sitting comfortably? Then, I’ll begin.

I've been thinking about times past at university. For reasons that are lost in the drifting sands of the last 40 years, at school I wanted to study Aeronautics, so ended up doing so in Imperial College, London. I found it a really strange place. It's situated right in the centre of Kensington – I mean, when you pop down to the nearest local shop for some bread and a bottle of milk, the shop you come to first, is Harrods. I remember once pootling around it one afternoon, believe it or not in the carpet department (don't ask why an Aeronautical Engineering Student was there, I can't even begin to remember – perhaps I was really wondering if they could actually fly), and a disembodied very Sloane-y female voice rang out across the piles of not inexpensive carpets and rugs, to a little boy whom she clearly thought was lost – "Come along now, Cyclops!"

Can't think why anyone could have inflicted such a name on a little fellow. Perhaps the single eye in the centre of his fore-head might have had something to do with it.

All of which has nothing to do with what I was going to get round to. Ah yes – a strange place. There was a slight sexual imbalance in the students – 3,500 males and 137 females (allegedly). Actually, what I really meant to say there was, "There was a slight imbalance in the sexes of the students". Actually on reading it again, I think the first was more correct! Interesting that I know the female number (allegedly) to the nearest integer (although you would not have wanted to meet the one you had to "round up"!), and the males only to the nearest 100. Wheel out the psychiatrist.

On the other hand, WE seemed to spend most of our waking hours in one of the many local pubs. Probably why my 2nd Class Honours were seen by those who were supposed to know about these things, as a bit of a failure to meet my potential. Given the amount of alcohol which I subsequently recall had passed through me during my three years there, I actually think a 2nd was a bit of a result, but as always, these things depend on who you are and where you’re coming from.

Ever keen on student ritual, on occasions such as Birthdays etc, we used to go on a pub crawl along Knightsbridge – there was a sequence of around 8 pubs (I never got to finish counting them) along it. Goodness knows what the Upper Class clientele thought of the Rabble we must have looked like.

One evening, at around Pub No.6, I felt the call of Nature and went to the loo. OK so far, except, I ended up on the (raised) loo seat, and promptly fell asleep. The Gaderene Swine who, up until that point, I had counted as friends moved on to the remaining pubs, and I was left soundly sleeping. That's what friends are for - today, they'd have photographed it or videod it on their mobiles and sent copies to my parents, girlfriends, employers etc. Closing time came, and apparently, no one checked, and the place was locked up with me snoring splendidly on their ceramic throne.

I think they had got back to the Hall of Residence, and were well into the obligatory Toast, Butter and Coffee, when apparently someone finally noticed my non-existence. In the end, I was woken up by a none too happy Pub landlord who in turn had been woken up by several probably very silly sounding Engineering students at around 2 o'clock in the morning. I have to say the colour of the loo seat shaped ring enclosing my naughty bits was a most remarkable flaming red shade, reminiscent of a newly polished Traffic Light. Oh the joys of studenthood!

Onto a completely different wavelength, but one which actually knits together with the ramblings above. A while ago, I read about the death of John Profumo, aged 91. I don't know if you remember him but he was War Minister in around 1964, and had an affair with a young lady called Christine Keeler, who in turn had a relationship with a Russian Spy. For those of you who are either very young, very female, or have no idea what makes the world go round, the picture at the top of this piece is the good lady herself, taken in a magnificent image by Lewis Morley.
They all met through, and were very "friendly" with, a bisexual osteopath (That’s SO 1960s London!) called Stephen Ward. He had access to a small apartment at Cliveden, where they all met, surrounded by the Upper Classes of the country. Things went from bad to worse, and Stephen Ward was accused of something I can't now remember, but was sent for Trial at the Old Bailey. In the middle of the trial, he committed suicide, and the story got away from them all, and into the public domain.

What a cocktail – a War Minister, a prostitute, a Society suicide, a Russian Spy and the promise of really juicy goings on in high places. Profumo was implicated in this, but, and this was his big error, claimed, in response to a direct question from the Prime Minister, that he had had nothing to do with Christine Keeler. This was subsequently shown to be untrue, and one day he got up in the Commons, and very dramatically admitted he had lied, and promptly resigned, starting the process of the demise of Harold Macmillan's Government.

The comparison between Profumo, and his equivalents today is stark. He was found out, resigned, and spent the last 40 years of his life helping to raise funds for an East End of London Boys Home. A strange character – clearly a rogue, but I suspect a man you would really have liked if you had come into contact with him. He apparently declined a Knighthood during the 40 years of his rehabilitation. But what a contrast with today, with Blair, and the “Loans, Not Donations” issue. The rest of the list is almost endless – Ecclestone, Hinduja Brothers, Geoffrey Robinson, Peter Mandleson, David Blunkett, Tessa Jowell etc, and still the man is there grinning liked a Cheshire Cat. I think the contrast between the two is remarkable, rather sad and proof that, in life, not everything gets better.

Anyway, you must be thinking, what's Profumo and Christine Keeler got to do with my 3 years in Imperial College in Knightsbridge. The reality is that she paired up with another girl named Mandy Rice Davies, and the both of them lived in a small Mews apartment which was right next door to the Hall of Residence we were in. Being boring, drink soaked Engineering students, none of us even knew this until after it was all over. There is technically a small possibility that she probably wouldn't have even fancied me, but who knows?

What an opportunity she missed. If only she had come round to our Hall, maybe to have watched The Magic Roundabout with us all early one evening, perhaps she would not have been dragged into the Clivedon Set, and the Conservatives would have been in power for years to come.

I really enjoyed reading your blog about your time at Imperial as a student, especially the part about the ceramic throne. 2007 is Imperial's Centenary year and to mark this momentous occasion, we are inviting all staff, students and alumni to send in stories of their time here. We have collected some of them already and they can be seen at www.imperial.ac.uk/Centenary.

I would be delighted if you would add your story to the site. If you would like to do this, please email me your memories with any photographs you might have.

We are still collecting stories and memories to go on our Centenary webpages in celebration of Imperial's Centenary year.

I really enjoyed reading your blog about your time at Imperial and would be delighted if you were still interested in adding your story to this site.

If you would like to take part in marking this occassion then please email me your memories and any photographs you may have.

"For those of you who are either very young, very female, or have no idea what makes the world go round, the picture at the top of this piece is the good lady herself".

I consider myself both very young and very female... but I DO know what makes the world go round, and your sentence doesn't seem to be very flattering for women. Flesh and bone women, I mean. Not filles coquettes sans tete, as females seems to be pictured in your text......

Not all are true. Everyone has their own way of thinking but I think they have to reconsider. I like to argue for the most accurate results.
fivenightsatfreddysplay.com