The West Coast of Ireland is a glorious place to be. The whole coastline is a series of large inlets, which cut into the mainland, forming hundreds of miles of endlessly varying and very beautiful coastline.

We have spent half a dozen thoroughly enjoyable holidays there. One of our jaunts was to Connemara, a beautiful area to the west of Galway. If you want desolation and “getting away from it all”, that’s your place.

For some unknown reason, whenever we’re there, the weather seems to turn into something more akin to the West Indies than the permanent rain cover which everyone I know who’s been there says is the Status Quo. In Connemara, we’re known as “Sun Gods” – we brought 14 days of continuous sunshine, something which has never happened before.

Wandering around the coast there one day, I came across a big boat called the SS Pibroch, moored on its own on a very unkempt jetty. 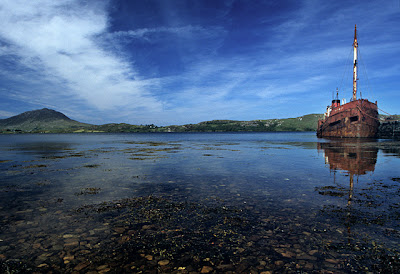 SS PIBROCH
I could see a raft of photographic opportunities appearing so got myself aboard, with camera and tripod, and wandered about on the boat for an hour or so. One of the little details which a Photographic Eye picks up on such boats is the areas of rust, paint, which has been painted on top of other paint, and the lumps of machinery which produces lovely shapes, colours, textures and compositions. You need to home in quite close to see these shapes, some of which are no more than a couple of inches across.

The pictures below are the result. 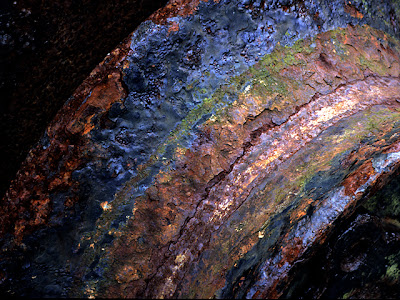 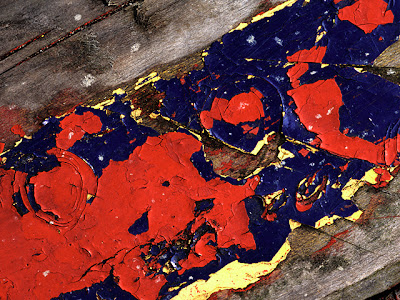 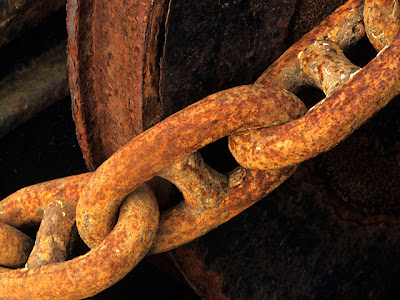 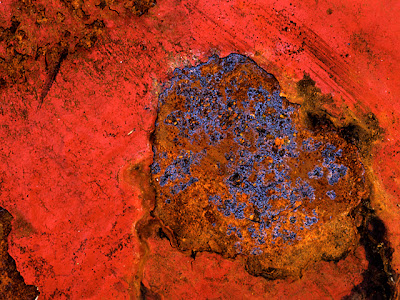 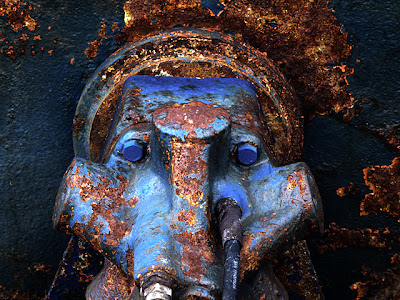 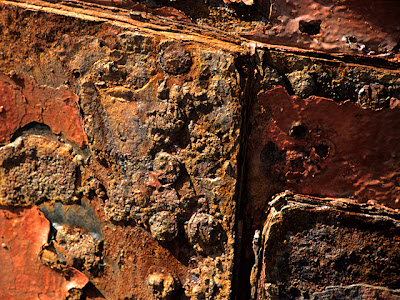